Mind the gap – what can be done to reduce the yield gap?

CROPPING paddocks across Australia are producing, on average, only half their potential grain yield. Why is there such a yield gap and what can be done about it? 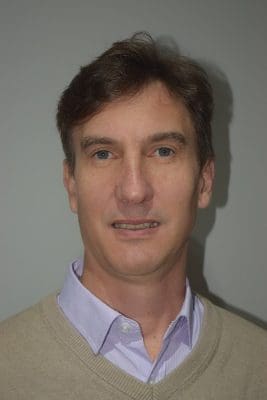 Dr Lawes said research using shire-level data had shown that wheat paddocks across the country were producing about half of that which was potentially possible.

“In many instances there are one tonne, two tonnes or even three tonnes of wheat sitting out there that could have been harvested but wasn’t,” he said.

“Work has found the yield gap is, on average, 50 per cent across the nation. In other words, the difference between what the farmer is harvesting and what potentially could be produced could be, on average, double in theory.

“So, why, how frequently, where, what soils, what crops and what crop rotations underpin the problem?”

Dr Lawes said the question prompted the GRDC to fund a national paddock survey of 250 leading grain farms over the 2015-16 season that has revealed the size, variation and cause of yield gaps across Australia, and highlighted two options to ensure crops reached their full potential. 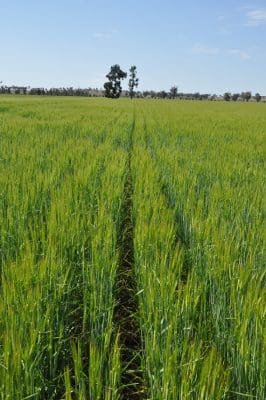 He said there was potential to reduce the size of the yield gap through more targeted nitrogen (N) management and crop rotation, but multiple interacting factors could influence the final outcome.

The survey sought to identify the critical barriers to achieving full potential in the Northern, Southern and Western GRDC regions.

It showed that priorities for growers to improve yield and profit differed in each region.

“In the Northern region, growing season rainfall, applied nitrogen and root health score were the three most important variables. High yielding crops were challenging to grow because these crops have a high N demand that was sometimes not met,” Dr Lawes said.

“In the Southern region, the amount of applied N, the previous crop and root health score were the three most important variables. Weeds and growing season rainfall were secondary drivers.

“In the Western region, growing season rainfall was the most important variable to explain the yield gap, followed by the amount of N and the previous crops – wheat on wheat is still common in the region.

“This suggests that larger yield gaps occur in the high rainfall zone, possibly because these yields are harder and riskier to achieve. N does appear to be limiting the ability of growers to capture these higher yield potentials, while crop rotation is playing a role.”

The average amount of N fertiliser applied to wheat was 26 kilograms N/hectare, 43kg N/ha and 32kg N/ha in the Northern, Southern and Western regions respectively, but this varied greatly among paddocks within each region.

“Growers are sometimes unable to capture the extra yield on offer in the high rainfall zones, but given the risks associated with targeting high yields, that’s understandable,” Dr Lawes said.

While the potential existed to help growers increase on-farm yields by targeting the key factors that contributed to the yield gap, Dr Lawes said more work needed to be done to understand the constraints at an individual paddock level.

The yield gap is the difference between the actual yield achieved by the grower and the water limited yield potential, which is the maximum possible yield able to be grown with the optimal sowing date, current varieties and nutrients, and with limited effect from pests, diseases and weeds.

In the survey, commercial wheat crops were monitored by collaborating consultants from pre-sowing to harvest at two transects (zones) selected within each paddock and correlated with plant water use, with yield maps and hand-cuts used to summarise actual crop yield.