VICTORIAN growers have taken advantage of early-season subsoil moisture to make good headway sowing this year’s winter crops with more than half the projected plantings already in the ground and seeders going full tilt before a forecast rain front comes through on Friday. 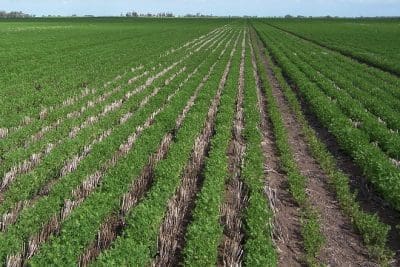 There will be a big planting of lentils in Victoria this season.

GrainGrowers regional co-ordinator for Victoria and Tasmania, Clayton Thomas, said sowing was well underway as producers seized the opportunity of a favourable start to the season.

“They had a fair bit of moisture, even from last year, and the recent rainfall across most of Victoria has helped a lot of people out,” he said.

“Some people sow dry and hope for the rain, but a lot of people haven’t had to do that because they had the moisture to allow them get their crops in on time.”

“The crops are germinating which is a positive thing and some of the early sown crops are out of the ground,” he said.

Swing to oilseeds and pulses

Grain Producers Australia chairman, Andrew Weidemann, said there was a big swing away from barley towards canola and lentils this season. 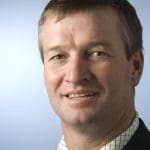 “Last year was exceptional for lentils. On the back of that good result last year, and with early rain in the Mallee, there are big areas of lentils sown. And canola is offering better values than current cereal prices,” he said.

“All the canola crop north of the Dividing Range is sown. Most people have their barley sown. Wheat and lentils are going in at the moment.”

Across the Strait in Tasmania, northern grower, Michael Nichols, said the majority of the winter wheat crop was in and growers would have another three weeks to put the rest in before having to wait for spring crop.

“It has been just dry enough to get the crop in. I think there will be a slight cut in wheat area with wheat prices being fairly low,” he said.

“There are quite a few different crops we can grow such as poppies, pyrethrum, potatoes, onions and carrots. You just put dollar values on them to see if they are viable or not.”

Tasmanian growers plant extremely long-season varieties that are put in at the same time as the mainland crops, but are not harvested until February.

The traditional European varieties need a long period of cold and moisture, conditions that are common to Tasmania.