More money from mungbeans with nitrogen

NEW trial data is confirming that nitrogen can improve the performance of mungbean crops for growers seeking to maximise yields and returns. 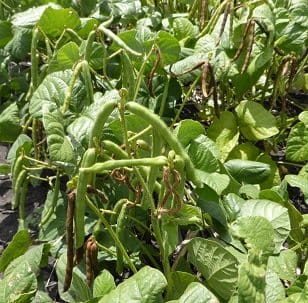 The mungbean nutrition trial on the Darling Downs showed mixed pod maturity and damage following the rain from Cyclone Debbie – as did many other crops in the region this year.

The surprising results come from Incitec Pivot Fertilisers’ long-term nutrition experiment at ‘Colonsay’ in southern Queensland and suggest that nitrogen fixation from inoculation may not be adequate or reliable, especially in late planted crops.

Lead researcher for the site, Incitec Pivot Fertilisers’ Bede O’Mara, suggested growers consider applying up to 80 kilograms/hectare of nitrogen pre-plant to ensure that the fast-growing crop had access to enough nitrogen to reach its yield potential.

The trial compared three rates of nitrogen applied mid-winter last year to the rhizobia inoculated mungbean crop sown on 1 January 2017 and harvested on 1 May 2017.

Mr O’Mara said the highest returns net of fertiliser cost were achieved at this 80kg/ha of nitrogen rate, calculated to be $1714/ha. 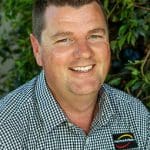 “This was despite up to 20 per cent of the harvested grain being graded out and the remainder achieving the lower manufacturing grade, largely due to weather damage from extreme heat and from downpours caused by ex-tropical cyclone Debbie,” he said.

“Sadly, this was also the case for many commercial crops in 2017.”

The highest mean grain yield of 2.2t/ha was achieved when 120kg/ha of nitrogen was applied.

With the possibility of prices remaining high for good quality mungbeans, Mr O’Mara said growers were turning over thousands of hectares to the crop, making it the pillar crop in many summer grain rotations.

“Growers have every reason to invest in the success of their mungbean crops by supplying the nitrogen required to optimise yield in a good season and achieve the best possible returns,” he said.

The mungbeans in the trial had access to some nitrogen from background soil supplies, with estimated starting soil nitrogen levels ranging from 26kg/ha to more than 300kg/ha of nitrogen.

“This was only revealed by soil testing well in advance of planting,” he said.

“Nitrogen deficiency symptoms in the nil treatments were only visually obvious at or after budding, which is too late for in-crop nitrogen applications to be effective.”

Based on the trial data, he said 250kg/ha or more of total soil and fertiliser-supplied nitrogen might be required to maximise yields in favourable seasons. 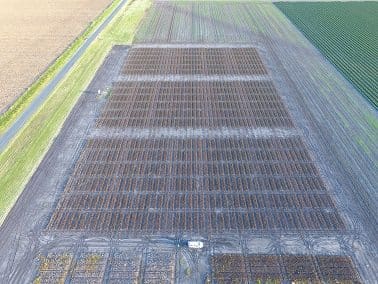 A lack of nitrogen showed up clearly as lighter coloured plots in this aerial shot of the Colonsay trial site, taken on 21 April 2017.

“The only problem for growers today is that any nitrogen applied to paddocks right now or at planting will need additional rainfall and more time than we have to move down into the root zone where it can be best utilised by the crop,” he said.

“For this season, growers may have the opportunity to make a late switch to mungbeans in paddocks originally set up with pre-plant nitrogen for other summer crops, if it is likely to provide a better return on the nitrogen investment.”

Mr O’Mara said post-harvest grain testing was conducted as part of the experiment.

“Grain tests showed nitrogen removal exceeded supply, even where 80kg/ha of nitrogen was applied,” he said.

“We would ordinarily expect significant amounts of nitrogen to be fixed by a healthy inoculated mungbean crop, but the rhizobia may have slowed in function or died when exposed to the high temperatures. If this happened, the crop wouldn’t have fixed any or much nitrogen.”

The crop was planted late due to a dry spring and early summer.

In other results from the experiment, ENTEC urea showed some potential for improving yields.

ENTEC urea is used to stabilise ammonium in the soil, preventing the rapid conversion of ammonium to nitrate nitrogen.

“This helps to minimise the potential for losses following application through leaching and denitrification, and we certainly experienced some wetter periods through late winter and early spring in 2016 after the pre-plant applications,” he explained.

It looks like using ENTEC urea may have allowed more of the nitrogen applied to be retained in the soil and available to the crop, as it significantly increased yields in the 40kg/ha of nitrogen treatment compared with untreated urea.”

The comparison of urea with ENTEC urea has been a sub-treatment within the long-term experiment since 2013, providing short and long-term information about the effects of the enhanced efficiency fertiliser.

Incitec Pivot Fertilisers intends to further investigate into the effects of nitrogen and the use of ENTEC urea and urea in all crops grown under the experiment.

In the meantime, Mr O’Mara is encouraging growers to consider giving their mungbean crops a flying start this season with an improved soil supply of nitrogen.