THE mouse plague threatening much of rural Australia doesn’t need to be a disaster for hay farmers, according to fodder specialist, Feed Central. 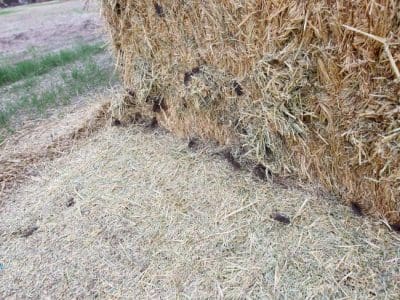 Wet and cold weather has been forcing mice into stacks of hay, but Feed Central has released a new guide to help producers control the rodents and avoid the significant damage a plague can cause.

Feed Central managing director Tim Ford said the guide was designed to overcome a shortage of information on the subject for producers.

“Many regions are now facing significant mice pressure but sound management can reduce the risk,” he said.

“We did lose product, but it was not the disaster it could have been,” he said.

“To begin ‘the fight’ we did a lot of research and to help clients in the same situation we compiled a brief fact sheet on mice control.”

While advising farmers to make their own decisions, the fact sheet outlines ways to make the environment unappealing to mice.

The guide says that early detection and early action is critical.

It describes baiting as the most common control option and suggests farmers shouldn‘t hold back on the number of bait stations, particularly around farm buildings, fodder and grain storage.

“If there’s increased mouse activity you should increase baiting numbers substantially and immediately and check the bait stations every 24-48 hours,” Mr Ford said.

“Baiting is worthwhile, even where there is a large amount of feed, because mice like a variety of feed sources. They don’t want to eat hay and grain all the time. It can be costly so it is worth spending the time and effort in getting it right,” he said.

The guide also outlines options for fumigation and natural control measures, while adding that baiting has an advantage over fumigation in that farmers can manage it internally safely and cost effectively.

Farmers should reduce water sources as much as possible.

Mr Ford said the plague was a natural event and would peak and then decline with the arrival of lumpy tail disease.

As described in the fact sheet, lumpy tail is a naturally occurring disease that is easy to see and it eventually arrives and destroys the colony.

Mr Ford said “it may be possible to facilitate the spread of lumpy tail, but this remains untested.”

He said there were significant risks associated with a mouse plague in hay, including loss of product, chemical contamination, degrading the ration, botulism and potential impacts on human health.