Mung beans vs. fungus: one spray is good, two are better

WHEN it comes to protecting mung beans from powdery mildew, one well-timed fungicide spray is valuable, but two can be even better. 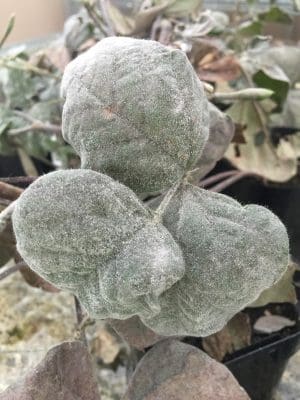 That’s the conclusion of a research project across several Queensland research facilities, which looked at the most cost-effective option for limiting the damage Podosphaera fusca (P. fusca), can wreak on a crop.

If powdery mildew infects the crop early and two sprays of tebuconazole are applied 14 days apart after the first sign of infection, the study found that net returns on a mung bean crop increased by more than $400 per hectare over an unsprayed crop.

The investigation was led by Sue Thompson from the Centre for Crop Health at the University of Southern Queensland, who with Queensland Department of Agriculture and Fisheries colleagues monitored different powdery mildew treatments at three research facilities over two years.

“Effective management of mung bean powdery mildew relies on the use of varieties with the highest possible levels of tolerance and on the strategic application of fungicides,” Ms Thompson said.

“The variety Jade-AU has the highest level of tolerance of the green shiny varieties to P. fusca (moderately susceptible; MS), with all other Australian varieties apart from cv. Green Diamond being susceptible (S) or highly susceptible (HS).

“As it’s unlikely that significant gains in breeding for resistance to the powdery mildew pathogen will be made in the near future, the targeted use of fungicides is vital to minimising the disease’s impact.”

Fungicides containing tebuconazole are currently under APVMA permit (permit number 13979 – permit expires June 2017 and is only valid in Queensland and NSW) for the control of mung bean powdery mildew.

In the 2016 trials at the Hermitage Research Facility at Warwick, the fungus was detected very early at 24 days after crop emergence. Sixty-three days after emergence, the infestation on untreated plants rated at 8 on a severity rating ranging from 0-9.

A fungicide applied when the fungus first appeared checked powdery mildew development at all sites but with no further sprays infection generally ramped up as the plants filled pods to reach similar levels to control plots where no spray was applied.

The most effective treatments all involved two or three sprays, even when the fungicide treatments were applied according to different criteria.

At Hermitage in 2016, where infection started very early and moved rapidly up the canopy, virtually the same yield increase came from applying the first spray when the fungus had spread one-third of the way up the plant, or at the first sign of infection, with another treatment 14 days after the first. Infection reached one third of the way up the canopy prior to flowering in this trial.

In 2015, when powdery mildew came into the trials later and with less intensity, holding off the fungicide application until one third of the canopy was infected resulted in a lower percentage yield increase than the treatments applied at first sign. 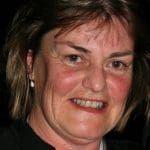 “This reinforces the importance of monitoring mungbean crops for the first sign of the disease and applying the first spray at that time. It appears that even if first sign is at the flowering or early pod fill crop stage, some yield increases will result,” Ms Thomson said.

“There was a trend of yield increase at all sites by the application of Folicur 430SC® although at Kingaroy and Emerald the increases were not statistically different.”

At Hermitage, the researchers found that the cost-versus-benefits of the two-spray approach were always unequivocally in favour of treating powdery mildew.

Assuming seed costs of $1000 per tonne, and costs of $20 per hectare per spray, the two-spray methods delivered returns between $412-$439 better than those from unsprayed plots in a year when powdery mildew infected early.

Seasonal conditions will vary results, but the researchers concluded that in general, the returns from applying tebuconazole far outweigh the costs, particularly in more humid areas and when crops are maturing into cooler conditions.

And they determined that while a single spray when the fungus first appears is useful in boosting yield, a second spray 14 days later produces the optimum balance between cost and return.