AUSTRALIAN mungbean growers and post-farm gate agribusinesses are reaping the benefits gained from an industry association that is celebrating its 30-year anniversary. 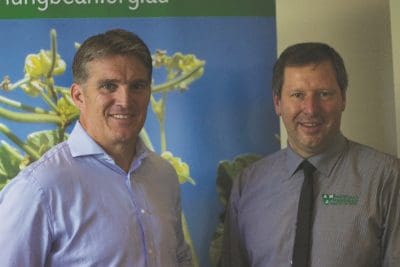 The Australian Mungbean Association (AMA) was founded three decades ago to establish a food safety standard for the handling of the ‘small green bean’.

In countries where mungbean is a staple food it is most commonly sprouted and eaten as a vegetable, a process that does not involve any cooking. As a result, the handling of the product throughout the supply chain has direct impact on the quality and safety of the grain.

Since its foundation in 1986, the AMA has supported many world-first developments in the industry and continues to uphold the ‘clean and safe’ high quality standards that have opened new markets across Asia and the Indian subcontinent.

At the industry body’s celebrations marking the 30-year anniversary, president Mark Schmidt said the founding members had understood the need to establish standards and protocols to set the industry on a path to the high quality, clean and green product that Australia now offers to global buyers. 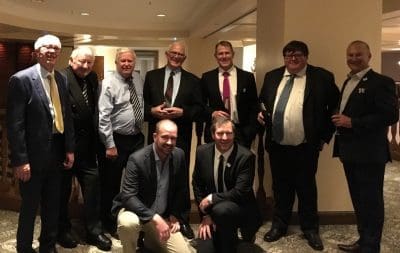 “As a result, our product is recognised world-wide, largely because of the industry-wide adoption of quality standards that has driven the development of a booming export market,” he said.

“Our record production last year was readily absorbed by the market and the outlook for another bumper year is also very bright. There is unprecedented enthusiasm surrounding the mungbean industry in Australia and growers have every reason to feel confident to add mungbean to their crop rotation.”

Until the 1960s the global production of mungbean was based on wild varieties adapted to each growing region around the world.

In Australia, wild mungbean was a valued bush tucker for the Wapiti people of Central Australia and is known to grow in a wide range of environments across Northern Australia.

Australian researchers have been global leaders in the development of this ‘new’ crop.

The first commercial crops grown in Australia in the 1930s were for fodder and green manure.

By the 1960s more grain was being harvested but the crop was treated very opportunistically and often disappointed growers with poor yields.

“To support growers, the AMA has also been very successful in fostered the cooperation of key scientific organisations such as CSIRO, DAF, GRDC, QUT and USQ, which has resulted in a well-coordinated and focused research and development program,” Mr Schmidt said.

“The plant breeding program kicked-off with CSIRO-bred varieties such as Shantung, King, Putland and Berken and the current plant breeding team have made great strides bringing new varieties such as Satin 2,Crystal and Jade-AU, which have supported the expansion of the industry on the back of increased grower confidence and deep markets. The AMA is proud to be part of the dynamic model for commercialising new varieties and supporting agronomic research.”

Speaking at the association’s end-of-year luncheon, former Wallaby star Tim Horan encouraged the members to be ready to ‘take the gap’ and be ready to recognise and capitalise on business opportunities as they arise.

Mr Horan donated personally signed Wallaby memorabilia for the AMA to auction at their gala dinner, raising over $2000 for four charities.