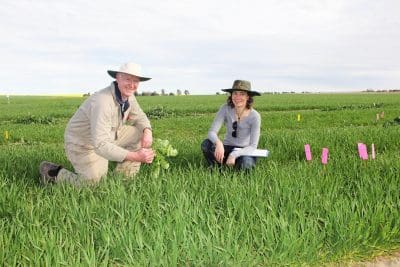 Department research officer Catherine Borger said to be practical for growers to adopt, integrated weed management needed to be simple to implement, inexpensive in the short-term and beneficial in the long-term.

A long-term crop establishment trial was run by Glen Riethmuller from 1987 to 2013 at the department’s Merredin Research Station, in red sandy loam soil on wheat, barley, canola and grain legume crops.

Treatments included crop row spacings of 9cm, 18cm, 27cm and 36cm and crop residue management including burning and retained stubble. Herbicides were applied to the trial each year to reflect regional practice.

Residual weed seed management studies formed an integral part of the trial work from 2003 to 2013.

“Over 11 years, average crop yield was greater at narrow row spacings, ranging from an average yield of 1.66 tonnes per hectare at 9cm row spacing to 1.49t/ha at 36cm row spacing,” Dr Borger said. 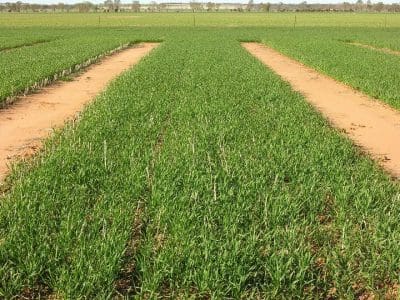 “There is also reduced competition between individual crop plants in narrow row spacing which increases the yield of wheat, barley and canola regardless of weed presence or absence,” she said.

“Most row spacing trials occur in a single year, on a site with an evenly distributed weed seed bank,” she said.

“The major difference in this long-term study is that the row spacing treatments had been established for 16 years prior to 2003, when annual ryegrass seed production was first assessed.

Dr Borger added that very narrow row spacing of 9cm is not usually viable in high yielding areas, where the resulting crop residue is difficult to manage during the subsequent seeding operation. 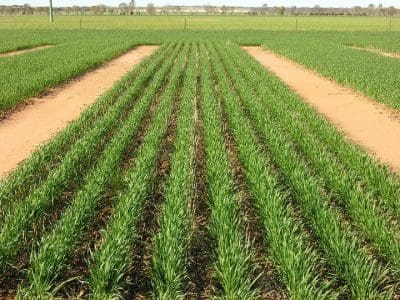 ….and plantings at row spacings of 36cm.

“However, when it comes to row spacing, every centimetre counts,” she said. “So, if 9cm is not practical, try 18cm. If you are currently at 30cm spacing, try changing to 25cm. It will still make a difference for yield and weed control.”

Burning stubble was a highly effective method of weed control, reducing annual ryegrass production to close to zero by the end of the 11-year management period.

“Burning over the entire plot area did cause a yield reduction,” Dr Borger said. “However, harvest weed seed destruction has made significant progress since 1987, with alternative methods that will destroy annual ryegrass seed more effectively, such as the harvest seed destructor, chaff cart or narrow windrow burning.”

For more information on the event go to the Grain Industry Association of WA website giwa.org.au/2017researchupdates

Dr Borger will also present the findings at the GRDC Grains Research Update in the Geraldton Zone, Mingenew Recreation Centre on Friday, February 24.