CSIRO scientists have confirmed the first pest rabbits in Victoria to die from the newly released Korean strain of calicivirus, known as RHDV1 K5. 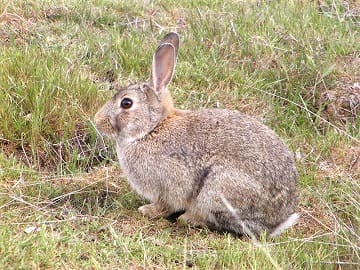 This result comes just two weeks after the national release of RHDV1 K5 by community groups and land managers at 150 sites across Victoria.

Mr Matthews said while the release of RHDV1 K5 would boost rabbit control efforts in Australia, it was important to continue with other rabbit management techniques, such as ripping, to take full advantage of any population reductions.

All of the Victorian release sites received tissue sample kits as part of their mailed-out information packs sent in early February. Tissue samples from dead rabbits are now starting to be received at the laboratory testing facilities for analysis.

Samples take approximately 1-2 days to be analysed by the research teams as part of the Invasive Animals CRC National RHDV Monitoring Program.

“We urge those involved to continue to send tissue samples to the laboratory for testing,” Mr Matthews said.

“These reports are vital to our understanding of the movement of the disease around the country and will assist landholders in making future decisions about rabbit management.”

The public is being encouraged to help track the spread of the virus by downloading the RabbitScan smartphone app. The app allows users to easily report evidence of disease to assist land managers across Australia understand the movement of the virus.