NEW research into dry seeding, seeding rates and their interaction with pre-emergent herbicide effectiveness in controlling annual ryegrass in wheat has put the spotlight on early sowing and its potential weed control benefits for Western Australian growers.

The research was presented by Mike Ashworth, research agronomist at the Australian Herbicide Resistance Initiative (AHRI), at the 2022 Grains Research Update – Perth.

AHRI performs strategic and applied research to minimise the adverse impact herbicide resistance and crop weeds have on Australian cropping.

It is based at the University of Western Australia and supported by the Grains Research and Development Corporation (GRDC).

Dr Ashworth said traditionally it has long been advised that delaying seeding of weedy paddocks to maximise the effectiveness of knockdown applications results in optimal weed control.

He said the development of more pre-emergent herbicides and greater seed dormancy in many weed populations meant early seeding may now be the optimum weed-control strategy. 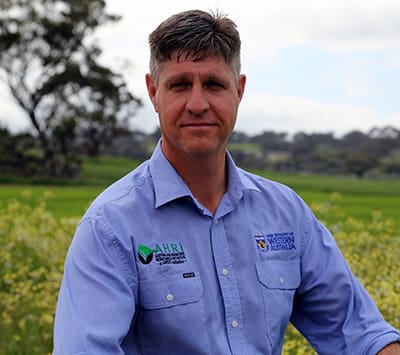 “With the rise of dry seeding around WA, and the resultant increases in crop yields, AHRI has put a lot of effort into understanding how growers can maintain weed control within that farming system,” Dr Ashworth said.

“This was shown in seven of the nine trials completed.

“And while delayed seeding generally resulted in lower ryegrass seed production, (eight of the nine trials), the seed production of annual ryegrass at the end of the season consistently (nine out of nine trials) correlated with the measured pre-emergent herbicide persistence in the soil.

“The other result we found was that increasing the crop-seeding rate consistently reduced annual ryegrass seed production in all trials for all herbicides used.”

Dr Ashworth offered some tips for growers in relation to future ryegrass control.

“Firstly, if you get the opportunity, dry-seed your cleanest paddocks first and then delay seeding in your weedier paddocks,” Dr Ashworth said.

“Thirdly, always try to increase your crop-seeding rate, or your crop competitiveness.

“That can be in the form of cultivar selection, seeding earlier, seeding rate, row spacing and just good agronomy.

“And finally, if you’re going to dry sow, understand the frost risk.”