The AquaTill ‘liquid coulter’ fitted on a ski that runs along the ground in front of the sowing assembly of a no-till planter, cuts a sowing path through heavy stubble.

A WATER-JET cutting ‘coulter’ designed to slice through straw and crop residue, clearing a narrow path to the soil ahead of the sowing discs or tynes on no-till planters, is set to overcome many of the issues where stubble can interfere with seeding and crop establishment.

Conceived and developed by the South Australian No-Till Farmers Association (SANTFA) in association with high-pressure water jet company, Flow International, the AquaTill ‘liquid coulter’ is now in the early stages of commercialisation.

Fitted on a ski that runs along the ground in front of the sowing assembly of a no-till planter, it works by firing a fine, high pressure stream of liquid that cuts through living or decaying plant material.

The fine jet of liquid comes out of a small nozzle at three times the speed of sound under 55,000 PSI of pressure.

By cutting through the straw in front of the sowing assembly, it opens a clear path to the soil and helps overcome the problems of straw bunching and hair pinning that sometimes occur with mechanical coulter systems. The water jet cuts through the straw in front of the sowing disc or tyne, opening a clear path to the soil for seeding.

“It has high cutting capability on wheat straw and is a ‘great fit’ for handling residue in no-till planting applications, particularly in wet stubble and soft soil environments where traditional mechanical cutters fail,” he said.

“Mechanical coulters and devices all do well in the dry, but fail in the wet. That’s where we think the differentiating factor with the liquid coulter is.

“Its ability to perform better in damp conditions represents a critical advantage for this technology because wet residue typically poses the greatest seeding-time challenges to mechanical cutting, such as by a coulter disc blade, and is the common cause of residue hair-pinning that can result in significant crop establishment losses.”

Mr Butler said extensive field work had been carried out to improve the efficacy of the machine. 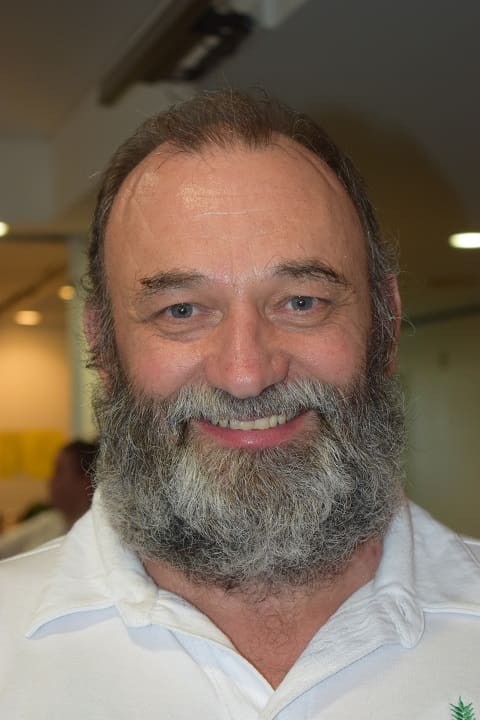 Those tests showed that one of the factors that strongly affected the machine’s cutting performance was the ‘compression’ of the residue.

“We have come to realise the water jet hates going from a dense environment to a low density environment. When it comes out of the straw into an air pocket it diffuses. So, having the straw compacted improves the performance,” he said.

The tests also showed that operating at faster speeds tended to reduce cutting capacity, but not in proportion to the speed change.

“You’d expect if you were going, say, 12 kilometres/hour and dropped it back to 6km/hr you would double the cutting. But it doesn’t work like that,” he said.

“In one example, at 6km/hr we were cutting about 30 tonnes (per hectare of residue material); when we picked it up to 12km/hr we were still cutting just over 25 tonnes. The bottom line is that speed is not linear, it is a different beast.”

When it comes to water consumption, the wider the row spacings the less water the system uses.

He said the key drivers of water usage were the amount of residue that needed to be cut; the consistency of the residue; whether it was wet or dry; and whether there was a need to penetrate the ground or not.

“With residue consistency, we say barley has ‘low noise’ residue with lots of little bits compared to corn which has ‘high noise’ residue where there are big stems,” he said.

“As a rough rule of thumb, it will use 50 to 200 litres per hectare, depending on speed, row spacing and the type of residue you are trying to cut.”

It is possible to substitute up to 50 per cent of the water with liquid nitrogen (UAN) which can be applied at the same time.

To develop and commercialise the machine, SANTA formed a relationship with Flow International which holds the international patent on the technology. SANTA holds the licence.

“Any manufacturer interested in making the engagement tool can have their own IP in that space,” Mr Butler said.