GRAIN producers in south-east Australia who would like a say on the policy and regulatory issues impacting grain farm businesses are urged to nominate for the GrainGrowers National Policy Group (NPG). 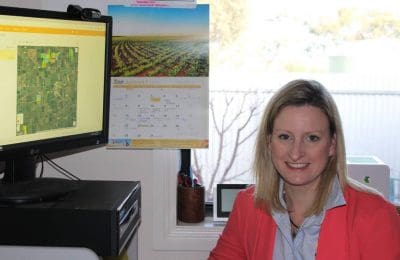 Nominations are now open for growers in southern NSW, Victoria and Tasmania to join the NPG.

The NPG is responsible for setting the policy priorities that GrainGrowers’ advocates for on behalf of its 17,500 members.

“The NPG is suited to farmers interested in having their say on the issues impacting their industry and who would enjoy the chance to connect with growers across the country to discuss these issues,” GrainGrowers general manager policy and innovation, David McKeon, said.

Outgoing southern region NPG member and Victorian grain farmer, Julia Hausler, said the forum provided her an opportunity to contribute to the issues of importance to her industry.

“Through the National Policy Group I was able to have a say in the matters of policy directly impacting our farm business including improving mobile phone coverage and internet connectivity, grain trade standards, red tape and the investment of our R&D levy,” she said.

“A highlight for me was the work the Group did ahead of the 2016 Federal Election. Through the National Policy Group I worked with 14 farmers from across Australia – fellow NPG members – to prioritise policy issues and solutions we believed to be of most importance to the industry.

“These results then formed GrainGrowers election platform which was brought to the attention of the major parties and other candidates throughout the election campaign.”

“Personally the Group also provided me invaluable exposure to policy and government-based procedures as well as the chance to meet other like-minded farmers from across the Australian grain belt.”

The NPG  is made up of 15 people, five from each region: Western Region (WA and SA), Southern Region (southern NSW, Victoria and Tasmania) and Northern Region (northern NSW and Queensland).

The NPG meets face-to-face up to four times a year and via teleconference when required. Guest speakers are regularly invited to address the NPG to inform their thinking on relevant grain policy matters.

NPG members are also invited to represent GrainGrowers on a number of industry committees and working groups.

Since 2013 National Policy Group members have been appointed via a rotating regional election process for a term of three years.  The election process will be carried out by an independent, external specialised service provider and include both postal and online voting options.

Farmers must be a GrainGrowers member to nominate.

15-17 January………………. Candidates and members notified of the results