The spread of an invasive agricultural and environmental weed has been prevented in Western Australia by an observant bushwalker, who noticed Noogoora burr in the Joondalup Nature Reserve in northern Perth. 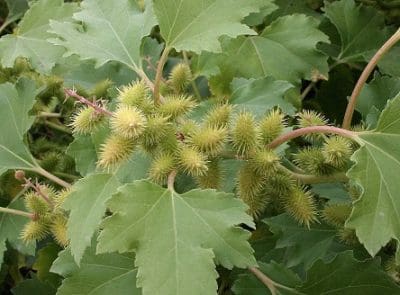 The declared plant Noogoora burr was recently discovered and removed in Joondalup, WA.

The declared weed was reported to the Department of Agriculture and Food and subsequently removed by City of Joondalup staff.

“Young seedlings are poisonous to livestock and established weeds can cause significant reductions in crop and pasture production, while the plant’s burrs can contaminate wool, considerably reducing its potential market price,” Ms Lloyd said.

“The burrs, which carry seeds, are capable of floating on water, enabling the weed to spread quickly along riverbanks and waterbodies. Burrs can also spread by becoming attached to livestock and bushwalkers’ clothing and footwear.”

Only female Noogoora plants form burrs, which develop on short stalks at the base of the leaf and end of the main stem. Burrs are green when new and turn brown when ripe. Each burr is covered with hooked spines and horn-like projections at the tip.