Oats on a roll in WA

A RISING middle class and changing dietary habits in Asia are creating new opportunities for Australian oat production, driving the continued expansion of the industry beyond the traditional growing regions in Western Australia. 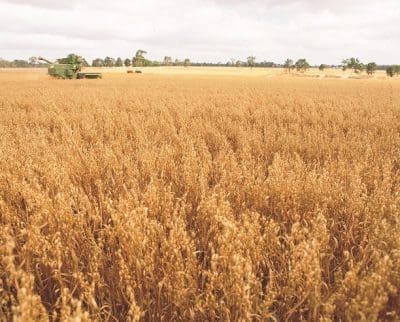 Rising Asian demand is driving an expansion of oat growing in Western Australia.

That means growers shouldn’t lose sight of producing a quality product, ensuring they focused on how to grow oats better rather than simply on growing more oats.

Dr Loughman said the oat grain sector had historically been volatile and reacted strongly to under and over supply.

“Around two years ago we had an undersupply situation and the offering prices for contracted oat production at seeding in 2015 was around $350/tonne. When something is too good to believe it is probably too good to be true,” he said. 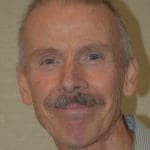 “These situations don’t arrive very often and don’t last for long. At the moment we have a situation where our high production year has exceeded our market forecast estimates by around 200,000 tonnes. We were anticipating 0.7 million tonnes (Mt). We got to 0.9Mt.

Dr Loughman said if the industry could bring supply into reasonable balance with the growing demand for oats in Asian markets there was an opportunity to reduce the volatility.

“Seasonal volatility in oat production and pricing should gradually dampen in the medium term as oat food markets continue to develop and we understand the range and scope of our production systems to hit the high quality, Oat 1 segregation,” he said.

“WA’s onshore processing capacity for oats will more than double when we combine the investments that have been made by Unigrain in Wagin; by Quaker at their Forestville (Perth) mill that was commissioned in 2016; and when the new facility at Forestfield (Perth) with CBH and their Blue Lake partnership come on stream in another 12 to 18 months,” he said.

“All of these processed oats are exported. This is on top of significant investment in processing in China and India.”

“At the moment, Japan and China are our major markets with China growing. South Korea is a significant market, and Taiwan, Vietnam, Indonesia and the Middle East are all emerging as future markets,” he said.

On the world market, Dr Loughman said Chile was an emerging competitor for the Australian oat production industry.

“Oat production in Chile is not trivial. Chile has a very favoured environment for oat production. They have a 700-millimetre rainfall in the production areas,” he said.

“Its production has shifted on an average t/ha basis from around three to five. That’s the consequence of some new varieties in combination with growth regulants to manage crop high mass production.

“Chile has a significant processing industry. They know how to manufacture and export quality oats. They will be a production source we will need to keep an eye on in the future.”