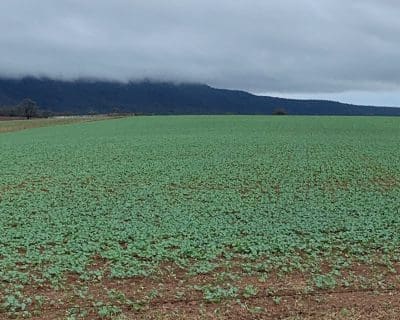 PLANTING of Australia’s 2020/21 canola crop is accelerating across New South Wales and Victoria this week ahead of 10-60 millimetres of rain forecast for coming days.

While some parts of NSW and Western Australia and nearly all of South Australia need good rain before they can plant canola with confidence, many districts are ready to open their 2020 winter-crop seeding program with canola this week.

Some dual-purpose crops which will be grazed by sheep prior to being harvested for seed have already been planted in NSW and Victoria.

Canola in all mainland states is ideally planted between now and mid-May.

If the season is kind, Australia is forecast to produce a crop at least 10 per cent bigger than last year’s.

Australian exports for 2020/21 have been forecast by ABARES at 1.8Mt, up from 1.5Mt expected to be shipped in the current marketing year.

Grain Industry Association of WA Oilseeds Council chair Michael Lamond said while higher-rainfall areas of WA in its south-west and Great Southern regions needed more rain before they could plant canola, the state’s low and medium-rainfall areas were well positioned, and largely one rain away from planting.

“The fundamental outlook is way better than it has been for the past year,” he said.

“Growers can plant canola with confidence on the next rain.”

Because of late or patchy planting rain in recent years, WA’s canola area has shrunk from 1.6Mha planted in 2016 to 1.1Mha sown last year.

“There has been very strong demand for seed, and if we get a break between now and the first week in May, there’ll be big areas of canola go in.”

Mr Lamond said total crop area in WA was likely to be “greater than ever”, and certainly more than the 8.3Mha sown last year, with strength in grain and canola prices and very low sheep numbers in mixed farming areas to contribute to the rise.

“In the Great Southern and along the south coast, there will be a lot more crop in.

“Because of the lack of surface water, there are no sheep in a lot of areas that normally have them.”

Following three horribly dry seasons for NSW canola, 2020 is shaping up to be a good one following patchy rain which has put most of the state’s growing areas one good rain away from planting. 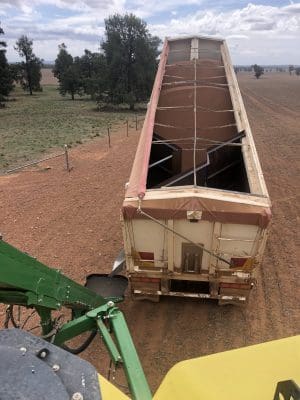 A considerable area of dual-purpose canola is already in the ground on the central, south-west and southern slopes, and dry planting of cash crops is under way in some areas.

“Things are looking the best they’ve looked since 2016.

“A lot of dual-purpose crops are already in, and I’ve seen one at grazing height which must have been sown early to mid-February.”

However, some parts of NSW still need significant falls before they can plant canola with confidence.

“If we get good rain by this weekend, a lot of people will have a reasonable moisture profile.”

Victorian Farmers Federation grains-council president Ashley Fraser said cropping areas across the state were in good stead for a timely plant, and many dual-purpose crops were already planted.

“We’ve had good early rains, and good weed establishment, which has given us the opportunity for double-knock,” he said.

“With reasonable follow-up rains this week, everyone’s got a fair bit of confidence in the job at the moment.”

Mr Fraser said most Victorian growers were wedded to their rotations, and general and early rain would enable them to plant their first choice for varieties at the intended time.

“You’re sowing to your dates and sowing what you want.”

Victoria will sow most of its wheat and barley cash crops next month, but mixed-farming areas in the state’s southwest and north already have dual-purpose crops in the ground.

“People looking for stockfeed have gone with cereals, but we’re certainly seeing a trend to dual-purpose canola.

“If you get a reasonable spring, you won’t see a yield penalty at all in canola that’s been grazed.”

Trade sources have said a wet start to the growing season could see a run on post-emergence chemical.

This would stretch stocks limited by disruptions to the global and national supply chain caused by COVID-19.

Mr Fraser, who is involved in the family Baker Seed Co and farming businesses at Rutherglen, said customer-supplier communication was more important than ever.

“There are supply concerns about just about everything.

“Everyone’s got their orders in, and we’re seeing issues for glyphosate and other chemical.”

He said the impact of COVID-19 on logistics caused by increased demand for goods from retailers was part of the ripple effect of the virus through the economy.

“Ag is holding up better than a lot of other industries, but we can’t sit here in ag and say we won’t be affected.”