RESEARCHERS in Western Australia are encouraging growers to install temperature monitors (such as Tiny Tags and iButtons) in their crops to increase their understanding of frost incidence across their paddocks and in frost-prone landscapes. 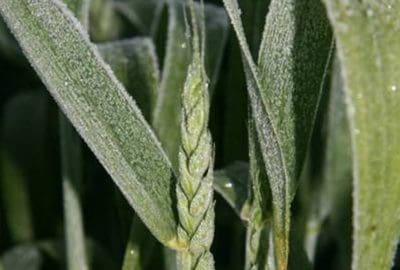 The University of WA (UWA) School of Agriculture’s Nik Callow said the devices generated data which could be used to monitor trends of temperature variability and compared with crop yield results.

“Data from temperature monitors can be used to develop a historical database to monitor frost incidence on growers’ properties and to assist with whole-year frost risk management planning,” he said.

Dr Callow, who is among the researchers working on a frost project managed by CSIRO as part of the Grains Research and Development Corporation (GRDC) National Frost Initiative, said it was important to place temperature monitors at crop canopy height.

“To get the best data, the position of the monitors should be adjusted through the season to keep them at canopy height and ensure they provide the most relevant information about what temperatures the crop has been exposed to, particularly during vulnerable flowering stages,” he said.

“Monitoring temperatures well below the canopy may underestimate the likely damage to a crop, particularly during marginal frosts, because temperatures can vary by 2 to 4°C between the soil and plant canopy.

“Ensuring the temperature monitors stay at canopy height is particularly critical when the cereal head is emerging (booting to milk development stage).

“Placing monitors on polyvinyl chloride (PVC) pipes or wooden stakes within the crop and keeping the monitors at canopy height through the season is the best way to get accurate in-paddock temperature data.”

Dr Callow said temperatures variations could be even greater across a landscape than within a paddock.

“Growers should keep in mind that Bureau of Meteorology (BoM) or Department of Agriculture and Food (DAFWA) weather stations, or thermometers on verandahs or fencelines, are often located a long way from paddocks and at different elevations in the landscape,” he said.

“BoM and DAFWA temperature readings are also collected within a Stevenson screen (instrument shelter) and at a height of 1.5m from the ground, and stagnant air is known to affect temperature measurements during frosts.”

Dr Callow said growers could obtain a more accurate reading of temperatures experienced by vulnerable parts of their crop by using an exposed temperature sensor.

“There is no need for growers to use a Stevenson screen because the temperatures of most interest to them are recorded during the night and in the pre-dawn period,” he said.

Dr Callow said data from temperature monitors, combined with their own knowledge, field inspections and use of online GRDC frost resources, could help them better understand the likelihood of damage in different areas and make decisions about how to inspect and manage frost-impacted parts of the landscape.

As part of a GRDC investment under the multidisciplinary National Frost Initiative, UWA researchers are continuing their research investigating spatial temperature measurement and mapping tools to help growers, advisers and extension specialists manage frost risk at a farm scale.

The WA researchers are investigating vertical temperature profiles in-crop and how these change as plants mature and the canopy develops.

Part of this work will help refine the best placement of temperature monitors in crops.

UWA PhD student Bonny Stutsel advised growers to space monitors where there were notable changes in elevation across a paddock. 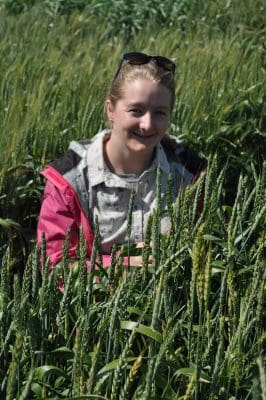 “Monitors should be placed at several locations known to be particularly impacted by frost and preferably on a range of soil types,” she said.

“Hourly data should be sufficient for grower needs, especially if loggers are programmed to record minimum temperatures.”

Ms Stutsel said while loggers provided a more accurate indication of crop temperatures than BoM and DAFWA’s screened or regional gauges, growers should be mindful crop plants might cool at a different rate to air temperatures measured by their own monitors.

“Due to this and the high variability in temperature across a paddock, there is no substitute for visual inspection and monitoring of crop growth and development after a likely frost event,” she said.

GRDC has long acknowledged the severe implications of frost on crop production and since 1999 has invested about $13.5 million in more than 60 frost-related projects nationally.

The GRDC National Frost Initiative (NFI) is a five-year project tackling frost from several angles to deliver growers a combination of genetic, management and environmental solutions to help mitigate risk. It is also exploring tools and tactics to help the grains industry better plan for, predict and respond to frost events.

Information about tactics to manage spring frosts and links to useful resources are available in the GRDC Tips and Tactics publication Managing Frost Risk, available at http://www.grdc.com.au/ManagingFrostRisk.