THE Murray–Darling Basin Authority (MDBA) is encouraging submissions from the community on the proposed Basin Plan amendments with a month left before submissions close. 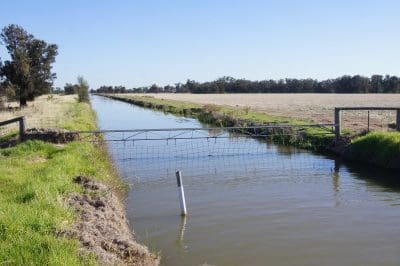 Submissions are open until February 10, 2017, and can be made online, by email or via the post.

MDBA chief executive, Phillip Glyde, said it was important that the MDBA heard the full range of views from communities.

“The MDBA continues to hold community information sessions to provide an opportunity for people to understand what changes are being proposed to the Basin Plan and answer questions from communities including Aboriginal people, agricultural and tourism industry representatives and businesses as well as other interest groups such as recreational fishers,” Mr Glyde said.

“I urge all stakeholders and community members regardless of whether they have attended an information session to consider making a submission about the proposed amendments.

“It is imperative that people who make a submission put forward any new information that may not have been considered in setting the proposed amendment, so that we can then determine whether the proposed amendments are what we should recommend to the Minister for Agriculture and Water Resources.”

The proposed changes to the plan include a recommendation to reduce the water recovery target in the northern basin by 70 gigalitres, an increase to the amount of groundwater that is extracted from three groundwater areas and a few other practical improvements to the Basin Plan.

Following the submissions period, the MDBA will consider all feedback and review whether the proposed amendments should be adjusted, before consulting with basin state ministers and providing to the Minister for Agriculture and Water Resources for introduction to parliament.

To date the MDBA has had around 450 people attend northern basin information sessions, with some taking the opportunity to ask questions and provide feedback. Others have used the submission process available to provide views on the proposals.

Dates and venues have now been confirmed for southern basin information sessions for the broader community at Griffith, Loxton and Echuca.

Mr Glyde said in the southern part of the basin, the Murray Lower Darling Rivers Indigenous Nations were also organising workshops at Echuca and Dareton in the last week of January, to help enable local Aboriginal people to understand the proposed changes.

“Aboriginal people have told us that they are interested in groundwater management, so we encourage Traditional Owners to participate in these sessions and make a submission,” he said.

Mr Glyde said information sessions and workshops in the north organised by the Northern Basin Aboriginal Nations (NBAN) would occur until January 18 for local Aboriginal people.

“These NBAN facilitated information sessions and workshops are an important opportunity to assist the Aboriginal community to engage in the process. This will help us to better understand the cultural, spiritual and social and economic significance that changes to water management have for their communities,” he said.

Dates and locations of meetings are available at:

For more information about the Basin Plan amendment process or to make a submission go to www.mdba.gov.au/BPamendments