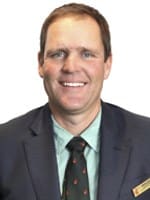 NUFFIELD Australia has welcomed a new chairman, Western Australian farmer, Andrew Fowler, who was a 2000 Nuffield Scholar and has been on the Nuffield Board since 2011.

RURALCO has appointed Rick Lee as non-executive director and chairman of the board of directors.

Mr Lee has served on a range of boards since 2001, when he retired from his full time executive career as chief executive of NM Rothschild Australia Group.

Prior to his career at Rothschild, he held director and board positions with Oil Search Limited, Newcrest Mining Limited, Ridley Corporation Limited, CSR Limited, GrainCorp, Wesfarmers General Insurance, Salmat Limited and the National Board of the Australian Institute of Company Directors.

Formerly Emerald’s chief operating officer, Mr Johnson replaces John Murray who has been at the helm of the Sumitomo-owned company for more than three years.

Mr Johnson has 25 years’ experience in the grains industry, including seven years as pool manager at wheat exporter AWB.

Mr Murray will continue with Emerald Grain as a non-executive director. 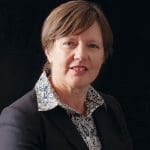 AUSTRALIAN investment banker and company director, Nicole Birrell, has been appointed chair of the Board of Trustees of the Mexico-based, international maize and wheat breeding organisation, CIMMYT.

Among a string of qualifications, Ms Birrell has been a director of Wheat Quality Australia Ltd, Superpartners Pty Ltd, Queensland Sugar Ltd, the Grains Research and Development Corporation and AusBulk Ltd, and a member of Wheat Exports Australia.

Mr McCann started with Case IH in the role of business manager in 2009.

Prior to working at Case IH, he held a number of roles with GPS-AG, including NSW sales manager and NSW business manager, as well as regional sales manager for the parent company of GPS-AG, Novariant, where he worked in the US for 12 months.

Mr Schmidt has taken up the role of trading manager; Mr Sage is production manager; and Ms Borham has moved from Associated Grain’s seed sales team to the role of grain buyer and logistics coordinator.

MARK Lewis was appointed Western Australian Minister for Agriculture and Food in late September following the resignation of former Minister, Dean Nalder, from the Agriculture and Transport portfolios.

Changing of the guard at Pulse Australia

THE pulse industry’s peak body, Pulse Australia, has appointed Ron Storey to the role of chairman of the organisation. 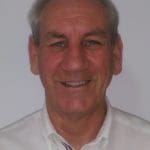 Mr Storey has been a director on the Pulse Australia board for over 10 years and has a depth of industry experience and knowledge of the various structures across the agricultural and grains business sectors.

Out-going chairman, Peter Wilson, stood down at the end of his six-year term, having led the board through a period of unprecedented growth in the pulse industry.

In addition to Mr Storey’s appointment to the chair, Pulse Australia has also appointed Brett McIntyre as an additional director to the board.

NEW chairpersons and members have been appointed to the industry-based management committees that oversee Western Australia’s biosecurity.

Among the appointments, Nungarin grain and livestock producer, Ron Creagh, has become the chairperson of the Grains, Seeds and Hay Industry Funding Scheme management committee after three years as the deputy chair.

The association also presented the EE Bond Medal award to Dr Lindsay O’Brien. The award recognises his contribution to the grains industry and to grains science.

Please send submissions to “People on the Move” to [email protected]