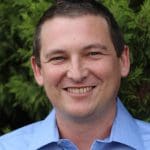 Dr Tabah’s key focus will be managing the canola breeding activities for Advanta Seeds Australia. Including his experience inside and outside of Australia, he has about 12 years’ experience working as a plant breeder.

He has worked in a plant breeding capacity across various crop groups including canola, vegetables and barley and has worked for many reputable seed companies such as Tozer Seeds, Enza Zaden, Canola Breeders (Australia) and InterGrain (Australia).

EASTERN Australia grain handler, GrainCorp, has announced that Amanda Luhrmann has been appointed to the role of group general counsel, effective February 1, 2017.

Ms Luhrmann will be a member of the executive leadership team reporting to Mark Palmquist, managing director and chief executive officer. Her responsibilities will include managing the group’s governance, risk, insurance and legal functions. She will also be appointed as joint company secretary.

Ms Luhrmann has held corporate counsel, compliance and executive management positions across a diverse range of industries and businesses with international operations. Most recently she gained exposure to the food sector as general counsel at Vittoria Food & Beverage, where she was responsible for group legal services across Australia, New Zealand and the US. She previously was general counsel and compliance manager of Crane Group, part of Fletcher Building Ltd.

Prior to her corporate roles, Ms Luhrmann worked at Clayton Utz specializing in corporate advisory and mergers and acquisitions for publicly listed, private equity and government clients in manufacturing, energy, media, telecommunications, rail and aviation.

COTTONINFO, the Australian cotton industry’s joint extension program, has announced the appointment of Janelle Montgomery as the new regional extension officer for the Gwydir Valley in North-West NSW. 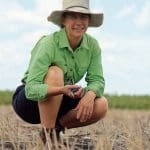 Ms Montgomery is already a member of the CottonInfo team, having served as the CottonInfo technical specialist for water use efficiency since the team’s establishment in 2012. In her new role, she will provide the latest research outcomes and findings – across the full CottonInfo research topics – direct to cotton growers, consultants and the wider cotton industry in the region.

Ms Montgomery brings extensive experience to her new role within the team, having worked as a research and development officer with NSW DPI, with support from the Cotton Research and Development Corporation (CRDC) in the Gwydir Valley for the past 10 years.

THE BOARD of Grain Producers South Australia (SA) has appointed Mid North grain grower, Adrian McCabe, as a director of the organisation.

Mr McCabe grows wheat, canola, beans and durum at Hamley Bridge, where his predecessors were the first settlers. He is a board member of the Southern Durum Growers Association, a member of Fat Farmers and previously a member of the SA Farmers Federation.

LAURETA Wallace has moved from the position of public affairs manager with GrainGrowers to become the media and communications general manager for the National Farmers Federation.

Ms Wallace’s career has included working as communications manager with the Australian Export Grain Innovation Centre in Perth; media advisor with the Nationals in WA; managing editor with Kondinin; editor of the Manjimup Bridgetown Times; and journalist with the Cooma-Monaro Express/Summit Sun.

DR HELEN Cleugh will be appointed the first director of the CSIRO Climate Science Centre, formally taking up her new role on February 13, 2017. Dr Steve Rintoul will continue as interim director until that time.

Dr Cleugh is an atmospheric scientist with 30 years of research and leadership experience. She currently leads the Earth Systems Science and Climate Change Hub consortium, funded through the Federal Government’s NESP program. 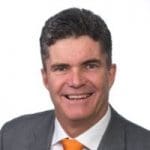 Mr Whan replaces outgoing CEO, Tom Chesson, who has been at the helm of the NIC for five years. He steps aside to work at the new National Carp Control Plan.

Mr Luxton succeeds Australian head of Nufarm, Lachlan McKinnon, CropLife’s longest-serving president. Mr McKinnon has resigned from the board to move to Canada in a new role for Nufarm. Mr Luxton has 20 years of knowledge and a wealth of industry experience, with extensive experience in the plant science industry, agronomy, marketing, sales and management with Syngenta.

He also has a longstanding involvement in a number of leading industry organisations, including being a board Member of CropLife Australia since 2008, and its vice-president of crop protection. 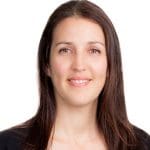 She will be responsible for the development and implementation of Discovery Ag’s three-year strategic plan, including expansion of the DAWWN weather station and soil moisture network, the development of grower focussed decision support platforms and the national rollout of Precision Area Contracts with GrainCorp as the strategic partner.

Send submissions to “People on the Move” to [email protected]