THE potential for growing crops under cover in the climate extremes of northern Australia will be investigated under a new project backed by the Cooperative Research Centre for Northern Australia (CRCNA). 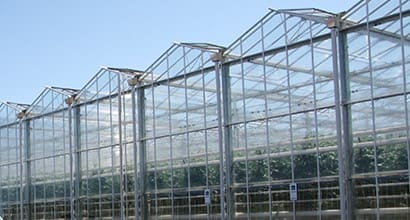 The project will look into the best way to support growers wanting to set up protected cropping systems in Western Australia, the Northern Territory and Queensland. Around $443,000 will be invested in the project which will run for two years.

Minister for Resources and Northern Australia Matt Canavan said protected cropping systems were a fast-growing part of the food production sector and their broader use in northern Australia offered huge benefits to growers.

“Large scale undercover cropping systems means growers can beat the heat, beat the insects and beat extreme weather. Setting them up can be expensive, but the benefits of being able to reliably supply high quality produce into Asia’s large consumer markets is a big incentive to take them up,” Minister Canavan said.

“The CRCNA funding will be used to map out the best way to set up commercial-scale protected cropping systems in northern areas. A broader takeup of protected cropping in the north would mean increased reliability in supplying a greater range of product for export and more jobs in local communities.”

Minister for Industry, Science and Technology Karen Andrews said the project was another in a strong pipeline of agricultural productivity projects already backed by the CRCNA.

“There are at least 15 CRCNA projects underway which are looking at how we develop, diversify, expand and broaden agricultural pursuits across northern Australia. With protected cropping being the fastest growing food producing sector in Australia, with a farm-gate value of around $1.8 billion each year, it makes good sense to look at how we expand its use in northern Australia.”

“Our horticulture exports are up 3 per cent in value year on year, to be worth $11.7 billion in 2019/20. We want to build on that that and this project complements the work the Government is already doing to develop the north’s economic potential including funding research into water resources, building water infrastructure and building better roads,” Senator McDonald said.

The project is an R&D partnership between producers in North Queensland, Carnarvon (WA) and Lake Bennett (NT), industry stakeholders the Carnarvon Growers’ Association, Northern Territory Farmers’ Association, Cravo Australia, the Port of Townsville, and the Queensland Department of Agriculture and Fisheries and Western Australian Department of Primary Industries and Regional Development.