GROWERS concerned about barley grass should check crops before harvest and ‘rank’ paddocks according to levels of the weed to help guide management and seeding strategies for the next cropping season. 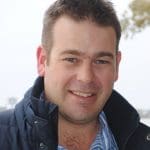 He said it was also regarded as an ‘emerging weed’ in WA cropping systems.

“Ideally, where barley grass is found to be prevalent, two consecutive seasons of high control is recommended to help deplete seedbank numbers,” he said.

Mr Fleet said many South Australian barley grass populations had developed high levels of ‘dormancy’ due to selection pressure from reliance on pre-sowing weed management practices such as knockdown herbicide use, and germination was being triggered later in the season by wet, cold conditions.

Dormancy is when viable seed does not germinate under ideal germination conditions.

“However, time of sowing can be manipulated to help manage dormant barley grass,” he said.

“When there are very early breaking rains, growers can sow their ‘dirtiest’ paddocks early to allow the crop to get established before the barley grass germinates, resulting in a higher competitive advantage for the crop against dormant weeds.

“Alternatively, if there is a late start to the cropping season, growers can delay sowing these weediest paddocks so they have the best chance of achieving an effective control with a knockdown herbicide.

Mr Fleet said growers could help preserve the effectiveness of post-emergent Group A and B herbicides by using multiple weed control tactics.

Western Australian Department of Agriculture and Food (DAFWA) researcher Abul Hashem said WA research was showing that barley grass was emerging later than it had in the past and that it was now tending to emerge in-crop and one to two weeks later than brome grass.

“This suggests that barley grass populations may be developing dormancy in WA and that application of effective in-crop herbicides and adjusted seeding strategies may also be necessary in this State to control late emergence of this weed,” he said.