A CROP of MR-Scorpio sorghum grown by Joe Fleming, ‘Parraweena’, Willow Tree, has taken out this year’s Premer Shield, awarded for the best sorghum crop grown in the Liverpool Plains district of northern NSW. 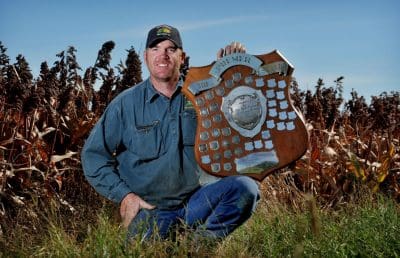 Joe Fleming, winner of the Premer Shield for sorghum.

Mr Fleming, who manages “Parraweena” for the Parraweena Pastoral Company, grew the crop which yielded eight tonnes per hectare.

The award was one of several presented at the annual Premer Field Day, which is run by the Premer branch of the NSW Farmer’s Association and Field Day Committee, and recognises and rewards the efforts of growers in the district.

The prize for best sunflower crop in the region, the Rosebowl Trophy, was presented to Alec and Jeremy Pengilley, ‘Belvil’, Blackville. Judges estimated the yield of their crop of Sunbird 7 at 2.4t/ha. 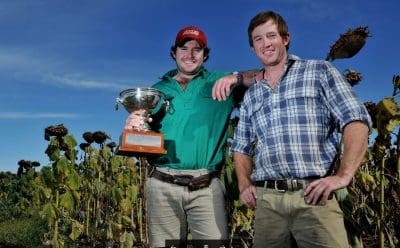 Alec and Jeremy Pengilley with their prize-winning crop of sunflowers.

The CH Simson Cup, awarded for the best local wheat crop, was claimed by Jim Mitchell, ‘Mandeville’, Premer. Mr Mitchell manages ‘Mandeville’ for the Romani Pastoral Company and grew a crop of Lancer which yielded 6.7t/ha. 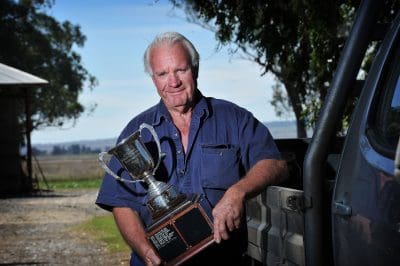