FRANTIC export pace in chickpeas has clocked one million tonnes (Mt) of exports since September.

While bulk cargo quantities (almost half the total shipped to date) have done the heavy lifting, container shipments from Brisbane and Sydney too have massively pulled their weight.

“It’s the biggest-ever year for bulk exports and the container shipment totals for January and February will be big as well,” Nidera’s pulse trader Rob Brealey said.

“I think by the end of February total exports will have reached 1.4-1.5Mt, a big chunk of the crop even if it’s a little bigger than most people thought.” 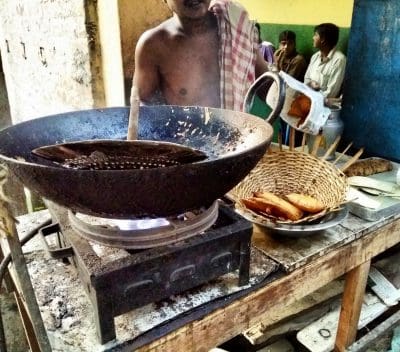 The late-2016 imperative to move a large volume to the sub-continent was a function of India’s critical 2015 shortage of pulse staple-food stocks.

The scene was set as high prices prompted large plantings of chickpeas in Australia’s autumn 2016.

In most years it would be risky for traders — Australians accumulating and importers buying — to aggregate parcels to build and ship many cargoes, fraught with counter-party exposure, execution risk and market risk.

Forearmed with strong Indian demand and prior experience of the limitations of container movements, several major traders in 2016 had put in place risk management and resources to handle unprecedented bulk chickpea vessels to India.

“This market never collapsed.  Throughout harvest, and into January, consumer buyers wanted to buy more, in addition to taking delivery of what they’d already purchased,” a trader told Grain Central.

Are the market relationships maturing? The market is as immature as ever, according to one trader.  Nonetheless, even though decades of trade have taught people hard lessons in Australia, it would appear defaults are fewer.

Production systems, fostered by industry bodies GRDC and Pulse Australia, along with trade associations, have given confidence to growers to increase production and to avoid the pitfalls.

“GTA rules provide the basis upon which growers, traders and consumers can commercially negotiate and contract. It is important to ensure wording in contracts provides for parties to resolve potential disputes via GTA dispute resolution and arbitration rules.”

Chickpea trade usually is boosted in the period prior to the month of Ramadan.

Even allowing for the magnitude of the early shipments this year, Mr Brealey believes most of the Ramadan demand is still to come.

Pricing at that time will depend on fresh factors such as the regional influence of India’s own harvest in the next month.  Ramadan, this year, culminates with the Eid-al-Fitr festival on June 26.