AUSTRALIA’S near-record 2016 faba bean crop has met an export impasse due to the temporary slow-down of its major market, Egpyt, which is forcing traders and growers to step back and take a long-term view of this key pulse crop.

The lesson of the previous year was that nobody in the trade had made any profit on beans. This year a packer would be buying enough beans at today’s price to cover the boxes they’d pack in the next month, and so on.  Bulk cargo shipments carry inherent risk.

In pre-season planning last year growers may have factored caution about markets, but not until springtime could they have anticipated the season’s colossal yield results (See September story here).  High yields had contributed to buyers averting risk by not accumulating big faba bean inventories, therefore leaving stocks and risk with the grower.

One trader told Grain Central that the devalued Egyptian currency means faba beans had never been more expensive to the importer.  Faba bean exports from EU and Baltic states were also suffering, but the short-term pain may bring about a long-term gain. 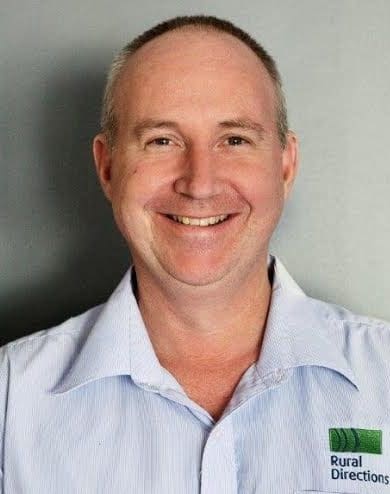 “Geopolitical factors, along with poor risk/reward had made it tougher for traders to get this crop sold.”

The currency float in Egypt had slashed the buying power of importers.

“Thanks to unusually high in-crop rainfall, and a mild finish South Australia, in particular, has felt the pinch of low prices and high yields, the reverse of the 2015 experience of low yields and high prices,” he said.

As the Australian crop grew in size with every spring rain, its export outlook remained flat in Egypt and elsewhere.

Can Egypt regroup as India did?

A long-time marketer said there were parallels between what’s happening in Egypt now and what happened in India in past decades.

India faced complex economic change between the late 1960s and late 1980s. Historic currency linkages (gold/silver/British pound/US dollar) and trade relationships changed as institutions and economic arrangements unravelled.  The Indian rupee had trended (with short-term exceptions) lower for the past fifty years.  Nonetheless restructure of its economy had improved the country’s ability to buy protein to feed people in times of need.  India had become a volume market for Australian chickpeas in particular, as well as possibly becoming in 2017 Australia’s greatest destination for wheat.

Egypt’s period of political and economic turmoil made commerce difficult, but trade at some level would always occur.  It may slowly improve.

Plenty is also happening in marketing all Australian pulses (such as 2016/17 container trade to destinations not generally reached by Australian product) as staples to big sub-continent populations, and to demand in more affluent regions, where pulses introduction is seen as a healthy and desirable inclusion in human diet, and as snack food.

The hiatus in sales to Egypt is encouraging additional pursuit of different human-consumption markets for faba beans.  Physical size of faba bean, bigger than many other pulses, flavour and cheapness are incentives to innovate markets.  A market for faba beans snack food, such as split and roasted, is gaining pace in Australia as in other countries.

Faba bean was a versatile and  long-term rotation choice of winter pulse crop for many growers from northern NSW through south eastern Australia and in WA . It could be planted on early rain.  However, farm planning for gross margin maximisation this year would suggest reduced exposure to beans.

Price points (growers should not rely on these figures as applying to their own crop) indicated delivered SA packer presently $225/t grade FIEV1 for small amounts of business.  During the growing season 2016  they had been as high as $290/t and dropped back to $250/t.  New crop 2017 pricing had not yet been quoted.