THE Indian Government has agreed to provide forward notice to the Australian grains industry of future increases in tariffs, in a concession given today to Australia’s Minister for Agriculture and Water Resources, David Littleproud, following meetings in New Delhi overnight. 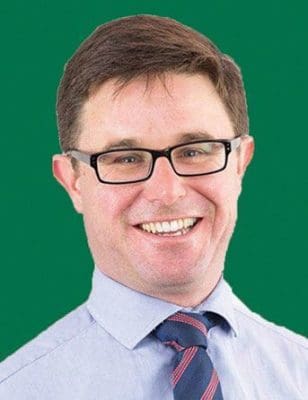 Tariffs on Australian chickpeas and lentils entering India from Australia were raised without notice from 0 to 30 per cent on December 21.

Minister Littleproud said the agreement showed the Indian Government recognised the importance of their relationship with Australia’s grain farmers and was a win for grains, chickpea and pulse farmers going forward.

“The meetings held with Indian ministers in Delhi have been positive and there is strong support for an enduring and mutually beneficial trade relationship,” he said.

“In two separate meetings I requested India respect contracts entered into prior to the raising of tariffs on 21 December 2017, better transparency of grain stocks, including chick peas and pulses, and a suitable lead-in time for any future tariff impositions.

“I’m pleased to get a commitment our grain, chickpea and pulse farmers will receive advance notice of any tariff changes in future. Growers invest when they have certainty and we thank India for providing greater certainty.

“India’s Minister for Commerce and Industry, the Hon. Suresh Prabhu, acknowledged concerns raised by Australian grain exporters, and has indicated these will be discussed with India’s Central Minister of State for Agriculture and Farmers Welfare, the Hon. Krishna Raj, to improve reliability for the trade with India in future.”

Minister Raj gave a commitment that India would consider the impacts on Australian suppliers in future, and if a similar event unfolded, would give us forward notice of stocks before the imposition of tariffs.

While the Victorian Farmers Federation (VFF) said it was pleased the Indian Government had made this concession, it is imperative the Australian and Indian governments continued free-trade agreement negotiations.

The VFF expressed concern that while the Indian government was motivated to protect the livelihoods of their own farmers during a high yield harvest, the strategy had short term appeal, as it wouldn’t stand up over time.

It said India must consider the long term market distortion this tariff creates. Sudden changes, like the introduction of the tariff, create uncertainty, and a disincentive for Australian farmers to choose to plant pulses.

“Australian growers need a stable trade environment, with a reasonable expectation that the market conditions when they make their planting decisions will be reflective of the conditions at harvest,” Mr Johns said.

“It is in India’s interest, as well as Australia’s, for our two countries to have an open and unencumbered trade relationship. We urge our government to resume free-trade negotiations with renewed vigour.”