UNDETERRED by a tough 2016/17 season, mungbean growers are expected to go with substantial plantings of the pulse crop in the 2017/18 season if adequate rains come before the summer growing period. 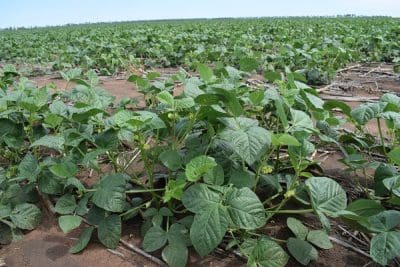 That’s the view of Blue Ribbon Group export manager, Graham Tancred, who said grain growers in northern NSW and southern Queensland, where continuing dry conditions were dimming winter crop prospects, would likely be looking for a boost to their cash flow from summer crops like mungbeans and sorghum.

Addressing the Australian Mungbean Association AGM in Toowoomba today, Mr Tancred said the area planted to mungbeans next summer would depend on rains arriving in coming months and mungbeans’ price differential with sorghum.

“We need good rain in September/October. If we could follow that up with rain in December it would be brilliant for this year’s crop,” he said.

“It just depends on pricing of sorghum. With the dry conditions, the market for sorghum is very strong at the moment. Growers will look at the alternative between mungbeans and sorghum, but I am still very confident a good crop of mungbeans will go in from the Liverpool Plains through to the Darling Downs.”

Mr Tancred said the past season had been one of the more difficult because of the hot and dry start, followed by the impact of Cyclone Debbie which decimated crops in some areas. 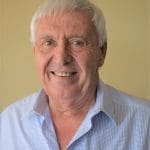 “Demand has been strong, but quality has been back. We have had to look at a lot of alternative markets for mungbeans,” he said.

“A lot of people are still sitting on product they haven’t been able to get rid of, but there are also a lot of people who have got rid of theirs.

“Prices this year held up relatively firm. They weren’t as good as they were two years ago because of the quality. Anything that was of quality to suit the markets in China or India was still a fair price. But it was $100 to $150/t less than the previous year.”

On the world market, Mr Tancred said there were many new countries producing mungbeans.

Brazil had its first commercial crops this season of about 15,000t; South Africa and other African nations also sold mungbeans into the world market, along with Uzbekistan which exported about 30,000t.

“These new countries now compete along with traditional suppliers like China, Myanmar, Indonesia and Argentina, but Australian mungbeans are still highly regarded in the world market for consistency of quality and sizing in excess of 3.5 millimetres,” he said.

“The entry of these new exporting countries with their lower quality mungbeeans, I believe deriving from their poor genetic seed base, will impact Australia mungbean prices in that we will stil receive a premium for our quality.

“But it will be up to individual importing countries to decide what this actual premium will be against the poorer quality sourced from other countries.”

Mr Tancred said India had brought in an import supply restriction of 300,000t through to the 31st March, 2018, the end of their financial year.

This was because local farmers’ prices had been dropping below a designated value.

Mr Tancred said the 300,000t would be half of what they would normally import.

“It is not an import-based quota. You have to apply to get a licence. You ask for a certain tonnage and you must tell them whether you are a processor, importer, exporter or trader. They will decide what you will be given,” he said.

“There has been no thought on how it is going to be administered, what the procedures will be. We have been told there will be a three to four-month lag until it is all sorted out.

“Australia is lucky in that it has come at the end of our season. But countries like Myanmar will be severely disadvantaged because they are ready to go now.”