WITH the El Niño–Southern Oscillation (ENSO) and the Indian Ocean Dipole (IOD) remaining neutral, the Bureau of Meteorology suggests parts of southeast Queensland could see above average rainfall in September through November. 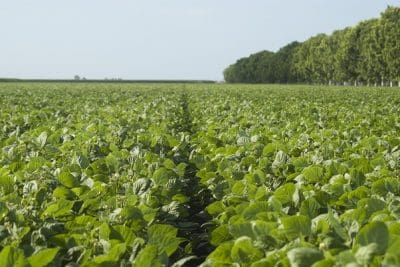 A positive seasonal and market outlook for mungbeans is likely to see the ‘small green bean’ compete strongly for acreage in the coming summer cropping phase.

If adequate rain falls in September or early October, Blue Ribbon Group export manager Graham Tancred said growers were very likely to embrace the opportunity to plant a large area of summer crop, especially in areas such as the Liverpool Plains, North West NSW and the Darling Downs where the winter crop had been disappointing for many.

“Mungbean and sorghum are likely to compete strongly for planting area,” he said.

“Prices for machine dressed mungbean remain attractive and are expected to be in the vicinity of $1000/t for processing grade product.”

Although the outlook for rain is positive, day and night temperatures are expected to be warmer than average across northern Australia through spring.

Given the experience of last season many growers and agronomists are expected to favour the summer plant mungbean window rather than the early plant option in spring.

“The 2016–17 mungbean growing season presented growers and marketers with many challenges to quality and supply, especially with the early season crop, which was badly affected by hot dry conditions,” he said.

“Cyclone Debbie then decimated crops in some areas, bringing total production down by about 40 per cent on the more favourable 2015–16 mungbean season, in which quality was also generally much higher.

“The later summer planted crop benefitted from Cyclone Debbie’s rain and generally yield and quality were much better for these crops.”

With several new countries, such as Brazil, South Africa and Uzbekistan, now entering the global mungbean market to compete with traditional suppliers such as China, Myanmar, Indonesia and Argentina, Mr Tancred said Australia would need to maintain its reputation as a consistent supplier of quality mungbeans larger than 3.5 millimetres in size.

These new players, and the size and quality of crops grown in each country, will impact on the global price and the premium that may be paid for the high quality Australian product.

Australian Mungbean Association (AMA) seed committee convenor, Geoff Birch, said the $245,000 royalty cheque recently presented to DAF and the GRDC was testimony to the effectiveness of the National Mungbean Improvement Program, which had been delivering new mungbean varieties to meet the needs of the industry.

Plant Breeder’s Rights royalties are collected by the AMA through seed sales, ensuring that the plant breeding program can continue to deliver new varieties such as the new black gram due for release to industry in December 2107.

Mr Birch said there were good supplies of Jade-AU, Crystal, Satin-II and Celera II-AU available to growers for the 2017–18 season and encouraged growers to arrange their seed, fertiliser and crop protection products early.

The seed price for these varieties is set to remain unchanged from the last two seasons.

AMA president Mark Schmidt said growers and agronomists wishing to hone their mungbean management knowledge and skills were invited to attend Mungbean Agronomy Training and Accreditation course that will be held on 10, 11 and 12 October.

Pulse Australia’s industry development manager, Paul McIntosh, is coordinating the training course and also reminds growers and agronomists of the importance of reviewing past applications of residual herbicides and the impact of low rainfall on herbicide breakdown.