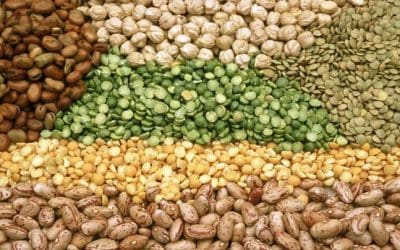 The United Nations has proclaimed 10 February as World Pulses Day.

THE United Nations has moved to create two new international days and one entire year devoted to central issues in global food security and nutrition, focusing on plant health, food safety and pulses.

The Food and Agriculture Organisation of the United Nations (FAO) and the International Plant Protection Convention Secretariat, based at FAO, have welcomed the decision to proclaim 2020 as the International Year of Plant Health.

With up to 40 per cent of global food crops lost annually due to plant pests, the importance of fostering healthy plants is critical for public opinion and policy makers.

And June 7 will be World Food Safety Day, paying tribute to an increasingly important issue in today’s highly-interconnected food systems and noting “there is no food security without food safety”.

The UN General Assembly invited FAO, with the IPPC Secretariat, to serve as the lead agency to spearhead activities related to International Year of Plant Health, and called on governments, civil society, and the private sector to engage at global, regional and national levels.

An International Plant Health Conference will be among thousands of plant health events to be held around the world during the course of 2020.

Finland first proposed the year to the governing body of the International Plant Protection Convention in 2015. In July 2017, the FAO Conference adopted a resolution in support of the proposal.

“Pests and diseases don’t carry passports or observe immigration requirements and, therefore, the prevention of the spread of such organisms is very much an international undertaking that requires the collaboration of all countries. This is why Finland proposed to proclaim 2020 the International Year of Plant Health,” Finland Minister of Agriculture and Forestry, Jari Leppä, said.

Ms Semedo said despite the increasing impact of plant pests and diseases, resources for addressing the problem were scarce.

“We hope this new International Year of Plant Health will trigger greater global collaboration to support plant health policies at all levels which will contribute significantly to the Sustainable Development Agenda.”

Unsafe food causes more than 200 diseases worldwide, including some forms of cancer, highlighting how food security and the battle to eradicate hunger stretches well beyond production and distribution issues.

Foodborne diseases impact an estimated 600 million people every year and place a serious burden on human health, in particular that of young children and people living in low-income regions of the world. Moreover, safe foods contribute positively to trade, employment and poverty alleviation.

The UN resolution urges FAO and the World Health Organisation to facilitate the observance of World Food Safety Day – which was first promoted by Costa Rica – and to help meet the urgent need to raise awareness of the global importance to improve food safety.

The resolution also acknowledges the key roles played in the food safety arena by the Codex Alimentarius Commission – jointly run by FAO and the WHO – and by the World Trade Organisation’s Agreement on the Application of Sanitary and Phytosanitary Measures.

FAO works closely with member states to enhance capacity to comply with international requirements and contribute to shaping the rules governing food safety.

FAO will co-organise two major international conferences on food safety in 2019, one in Ethiopia in February, and one in Switzerland in April.

The special annual day for pulses, which was promoted by Burkina Faso, builds on the successful International Year of Pulses that FAO led in 2016.

Pulse crops such as lentils, beans, peas and chickpeas have multiple virtues, being strong sources of plant-based proteins and amino acids for human diets and offering invaluable ecosystem services, thanks to their ability – when grown as cover crops or explicitly for food – to fix atmospheric nitrogen in soils.

On average, cereals grown after pulses yield 1.5 tonnes more per hectare than those not preceded by pulses, which is equal to the effect of 100 kilograms of nitrogen fertiliser.

The General Assembly also emphasised that pulse crops can play a powerful role in improving gender equity, noting they are frequently cultivated by women and also noting their high iron content that contributes significantly to the health of women of reproductive age.

Source: The Food and Agriculture Organisation of the United Nations (FAO)