DARLING Downs farmers, John and Jill Alexander, are cautiously finding their way into the modern technology age, trying to sift the ‘hay from the chaff’ and adopt those technologies they think will add value to their farming business. 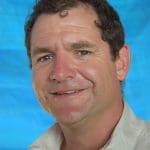 They are not alone in finding it a complex path, as farmers across Australia grapple with the maze of new technologies that have become available in the agricultural sphere.

Mr Alexander said producers shouldn’t feel they were out of the loop if they didn’t have all the latest technological applications.

“There is a hell of a lot of technology out there. It is unbelievable what is being put forward for agriculture as the ‘newest, bestest’ thing. If you aren’t aware of it already, it will start creeping in fairly quickly,” he said.

“Not all technology needs to be taken up as soon as it is released. If you don’t take up something you shouldn’t be considered a technophobe.

“If you are going to take it up, try it. It may not work the first time but stick with it if you think there is value there. Just make sure you know your reasons and that it is truly what you want to do for all the right reasons, not just a flight of fancy.”

Mr Alexander said the challenge was to work out which technologies would be of value on individual farms.

“….make sure you know your reasons and that it is truly what you want to do for all the right reasons, not just a flight of fancy.”

“It is hard to work out what the value of a technology is. But it is down to the person making the decisions what value they see in it. It may not be purely monetary, it may be time saving or a benefit in labour saving. There may be a good reason for doing it,” he said.

“There is not a lot of low-hanging fruit at this stage that I can see. But in saying that, it would be nice to have something that connects all our platforms, overlays them and gets all the data we have from yield maps and soil maps and put it all together and have as one nice big picture.”

The Alexanders, who have two separate cropping farms 14 kilometres apart in the Jimbour district, have begun a process of upgrading their internet connectivity and setting up a ‘whole of farm’ network across the farms. 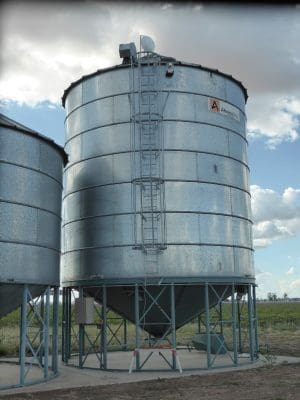 The Alexanders have mounted a dish on one of their silos to connect their two farms.

The move was partly prompted by seeing how huge the data requirements were for the paddock mapping they had been doing with drones.

“We mapped a 60-hectare paddock. Out of that we ended up with a file that had 3.7 gigabytes of data that had to be uploaded and sent to the United States. What came back was a 182-megabyte downloaded compressed file which then had to be unzipped,” he said.

“Our data plans can’t handle that. So, if we want to use this data, where do we go from here? We will be needing a lot more data in the years to come.

“The drone software and mapping got me thinking about the next step with internet connectivity and how we use our data.”

Ultimately, they would like to have an interconnected system throughout the farms that handles the data requirements and allows them to operate “from the ute in the paddock”.

It would be a system that linked in with tractors, sensors, cameras and weather stations throughout the property.

On the way to achieving that, they have recently taken the first step of linking the two farms with fixed wireless. It is still a work in progress.

Clear line of sight has been critical to beaming the signal between the two farms.

Initially the connection did not work, and only after they decided to go higher by setting up a dish on top of a silo did the signal connect.

“It showed the importance of line of sight, and that trees will interfere with signal. We were able to get the connection, however it has meant a change in design due to the location, so we don’t have it going as yet,” Mr Alexander said.

“There are modifications at both ends plus some electrical work that needs to occur before the full working connection will be in place.”

An important consideration is that the silo is connected to electrical power, so additional thought and care has had to go into making the system safe to work on, weather proof and auger proof.

The final stage of the project will be to set up full paddock networking, but that probably won’t happen until much later in the year after the initial system is bedded down and any issues resolved.