HANDY rains across Australia’s western and southern regions through the week have bolstered winter crop prospects, particularly in Western Australia and the southern parts of South Australia and Victoria.

Widespread falls of 10-15 millimetres were recorded across much of the WA wheatbelt, with major falls of up to 50mm in some cropping areas.

There were similar registrations in the south-east of the continent, particularly in South Australia’s south east and Victoria’s southern regions. 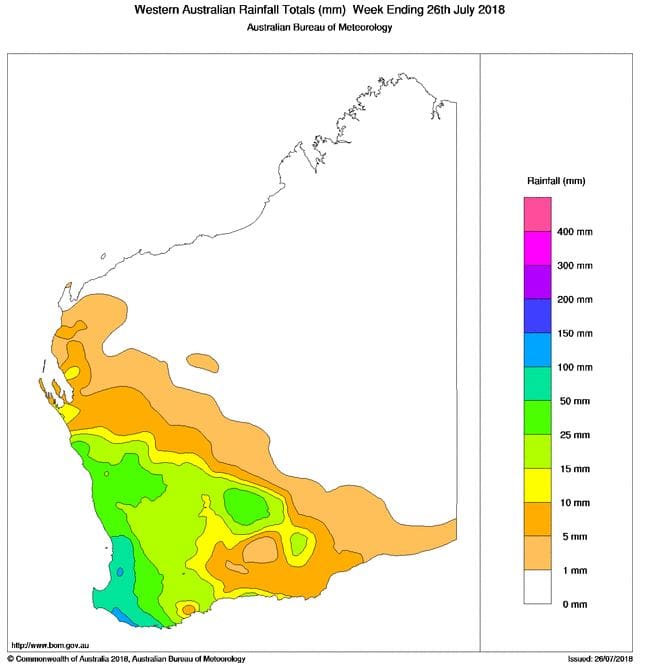 Grains Research and Development Corporation Western Region Panel chair and Mingenew farmer, Darrin Lee, said WA’s northern agricultural zone had had from 15mm through to more than 40mm in the last five days.

“The season started very dry and was a late start. A lot of people put their whole program in completely dry,” he said.

“Since the break of the season here, we are sitting on between 150mm and 160mm of rain. It is not that long ago I can remember that was a whole growing season’s rainfall.”

Mr Lee said the delayed start to the season meant crops were about a week or more late. 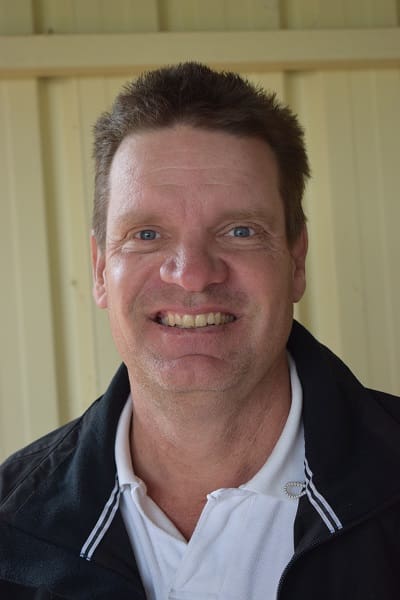 “Phenology-wise, the plants are about 10 days behind where they should be, but elasticity-wise they are adjusting to the season and have their skates on now. So, things look solid,” he said.

“A full sowing program has gone in. Some guys have pushed out some canola, and there is definitely a lot more barley in given the way the season has been, with some people replacing canola with barley.”

Mr Lee said it was getting to the stage in some areas where conditions were getting too wet – “but it’s a nice problem to have”.

“For the guys who are putting out liquid nitrogen or granular, it is starting to get to the saturation point, so trying to get onto the paddocks is proving to be a challenge. You need to pick your paddocks, otherwise you might have to go and get the bog rope.”

Mr Lee said the winter crop throughout the WA wheatbelt was “pretty solid”, although it had been a dry time in the far south.

“Along the southern coastal strip is where it is dry. They got a bit (of rain) out of this last lot and the season is improving. They had big issues with wind and furrow fill and reseeding.”

“At the moment the winter crops are keeping up. On my place we have a full moisture profile, so we are set up quite well,” he said.

“In the south-east of SA everything was planted that was planned. We had a good opening break. There were no hold ups on planting winter crop.

“When you get into the upper south-east it is a little bit dry, but they have put everything in.”

Mr Malpas said crops in SA were tillering at the moment and sowing was completed.

“There might be a bit of spring crop put in, but most of the crop would be in by now. We have had a good year compared to the rest of Australia.”

In Victoria, Grain Producers Australia chairman and Wimmera farmer, Andrew Weidemann, said the bulk of the rain had fallen south of the ranges.

Conditions were still marginal in the northern areas where falls were only five to 10 millimetres.

“We are a long way from getting what we need to even make hay at the moment with cereal crops. Most cereal crops are only a bit over a beer can high at best. We will need significant rain in August to assure us of hay first, then grain.

“Sowing opportunities have completely finished. In my area there is a big reduction in lentils and canola. There is certainly more wheat and barley gone in than the previous season.”

Mr Weidemann said the highest rainfalls had occurred in the southern parts of the state where the winter crop was progressing well.

“Around the Hamilton/Mortlake areas across to the back end of Winchelsea at Geelong the season is going pretty well. That country relies on a drier type of year generally. But they are picking up twice the amount of rainfall we have been getting in each rain event,” he said.