AHRI principal research fellow, Dr Qin Yu is frequently reminded of the genetic diversity that exists within plant populations and the effects of herbicide selection. The rare gene mutation that was uncovered in Tridax daisy is another world-first discovery for AHRI researchers.

IN 2016, Tridax procumbens became the 13th species to be placed on the Australian list of glyphosate-resistant plants. The resistant population was collected from a sandalwood plantation in the Ord Irrigation area, Western Australia where a bare earth herbicide program, based on routine and regular glyphosate use, had been practised for many years. Like many other species that are regarded as ‘hard-to-kill’ with glyphosate, Tridax daisy is naturally quite susceptible to glyphosate when it is in the small seedling growth stage. Once the plant matures and the taproot establishes, this species is known to be hard to control in the field.

Known as coat buttons or Tridax daisy, T. procumbens is native to the Americas and is a common weed in the tropical to subtropical regions of Queensland, the Northern Territory and Western Australia where it invades pastures, crops, bushland and my lawn!

Like many other species that are regarded as ‘hard-to-kill’ with glyphosate, Tridax daisy is naturally quite susceptible to glyphosate when it is in the small seedling growth stage. Once the plant matures and the taproot establishes, this species is known to be hard to control in the field. This natural tolerance at the later growth stages is assisted by the lower efficacy of glyphosate when applied in tropical summer conditions of northern Australia.

Now that gene sequencing is relatively cheap, researchers are able to analyse much larger sequences and compare the genetic codes for susceptible and resistant biotypes. With more than 1500 base pairs in the EPSPS gene sequence, researchers generally expect to find the genetic difference between the susceptible and resistant populations at the amino acid position 106. In this resistant Tridax population, sequencing revealed a point mutation (ACC to TCC) at amino acid position 102, resulting in a rare Thr-102-Ser substitution. 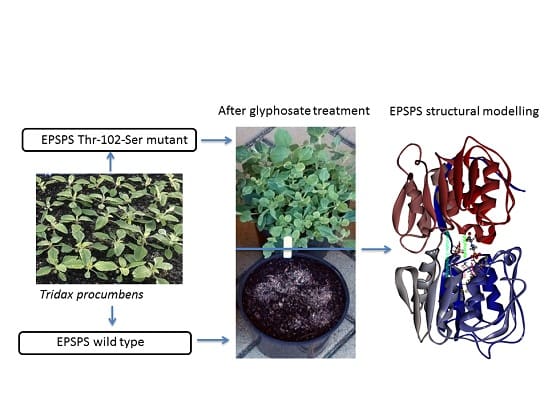 Does low-level mean no worries?

Tridax daisy can be both self or cross-pollinated, so with continued glyphosate use, a population of this weed could potentially accumulate multiple glyphosate-resistance mechanisms – a phenomenon that has been documented in other weed species.

At the two- to four-leaf stage, the R and S Tridax seedlings were treated with various rates of glyphosate and plant mortality was determined three weeks after treatment. Plants that produced no new growth after treatment were recorded as dead.

At a field application rate of 450 g/ha glyphosate, the S population was well controlled with no survivors. In contrast, 95% of the plants from the R population survived this glyphosate rate and were only controlled at a rate of ≥1620 g /ha. On the basis of the glyphosate LD50 ratios in the R versus S populations, the resistance level is estimated to be a moderate 3.2-fold (lethal dose). 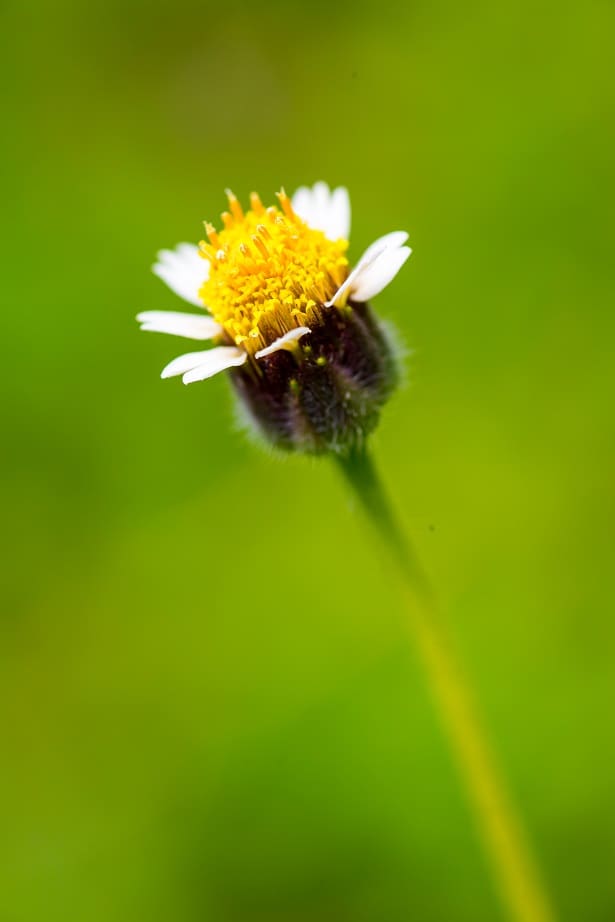 Although only a moderate level of resistance is endowed via selection for Thr-102-Ser substitution, there appears to be no associated fitness penalty. This means that simply removing glyphosate from the herbicide program will have little effect on the survival of this biotype. In some other resistance scenarios, even high-level resistance can be associated with a strong fitness penalty, making the population more susceptible to crop competition in the absence of the herbicide in question.

So what’s the problem – why not just up the rate?

The problem is because the R and S individuals look exactly the same, the only hint that there is selection for resistance is the incremental increase in survival. Often the response to this is to ignore it for a while and then to start stepping up the herbicide rate. Incremental increases to the rate are very unlikely to provide 100% control so the result is further selection for resistance until the highest legal rate is no longer effective.

How to beat a resistant weed population

Although resistance to glyphosate at the two- to the four-leaf stage was confirmed in this population from Kununurra, the plants were still susceptible to another six commonly used herbicides when tested at the recommended field rates.

As always, diversity is the answer! The sandalwood plantation owner still has the option to use any of these six modes of action – metribuzin, atrazine, diuron, paraquat, bromoxynil + pyrasulfotole and 2,4-D – to control this glyphosate-resistant population of Tridax.

This rare Thr-102-Ser substitution would not likely have achieved dominance in the population if a more diverse herbicide program had been implemented.

This international research was funded by the China Scholarship Council (CSC, No. 201508430078), the National Natural Science Foundation of China (NNSFC, No. 31501661), and the Australian Grains Research & Development Corporation. It is the result of research conducted by Jingbo Li, Qiong Peng, Heping Han, Alex Nyporko, Tymofii Kulynych, Qin Yu and Stephen Powles.

This research was published in the Journal of Agricultural and Food Chemistry, https://ahri.uwa.edu.au/publications/glyphosate-resistance-in-tridax-procumbens-via-a-novel-epsps-thr-102-ser-substitution/