GRAIN exports from Russia will surge 60 per cent by 2030, resulting in increased competition in Australia’s key markets in Asia, according to the latest report from the Australian Export Grains Innovation Centre (AEGIC). 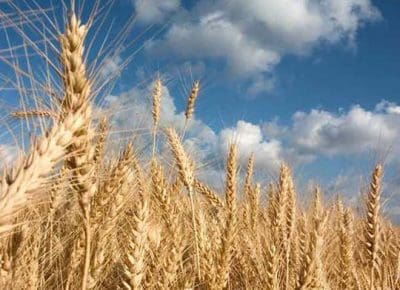 Grain exports from Russia are expected to increase 60pc by 2030.

Black Sea countries, especially Russia and Ukraine, continue to emerge as heavyweights on the global wheat scene, with many Australian grain growers, processors and traders concerned about the impact on Australian wheat exports.

AEGIC undertook competitor analyses of these countries and has launched the second report in its Black Sea series: Russia’s wheat industry: Implications for Australia – an in-depth analysis of the entire Russian grains industry.

“There is no single silver bullet of response to the competitive challenges Australia’s wheat industry faces,” he said. “A series of actions is required.”

“To remain competitive, it is crucial to keep innovating to ensure higher productivity and efficiencies occur on-farm and throughout the Australian supply chain.

“We need to keep committing to research and development that lifts industry profitability.”

“Australia needs to sustainably fund and coordinate intelligence about the requirements end-users have for Australian wheat in order to provide a product they value more,” he said.

“Australia’s North American competitors are already better at funding and coordinating their servicing of Asian customers and we need to address this. If we know what our customers want and value, we can better serve their needs.”

Prof Kingwell said Australia should not panic about increased Black Sea competition — rather it should ensure that future actions are well-considered, coordinated and strategic.

“Although the situation with Black Sea wheat flooding traditional Australian markets is of mounting concern, Australian wheat remains well-placed to retain its market share, particularly in South East Asia, where the demand for wheat is growing” he said.

“The Australian grains industry is endowed with an enviable R&D and crop breeding funding system. By contrast, wheat variety improvement and grains R&D in the Black Sea is less well-funded, less organised and less focused on efficient outcomes. Knowing more about what wheat quality traits are most valued by end-users in key Asian markets will help better target wheat breeding in Australia.

“Australia faces a tide of Black Sea grain, not an immediate tidal wave. In that sense, Australia has time to respond and so should not panic. But a status quo response will not best serve Australia’s wheat industry.