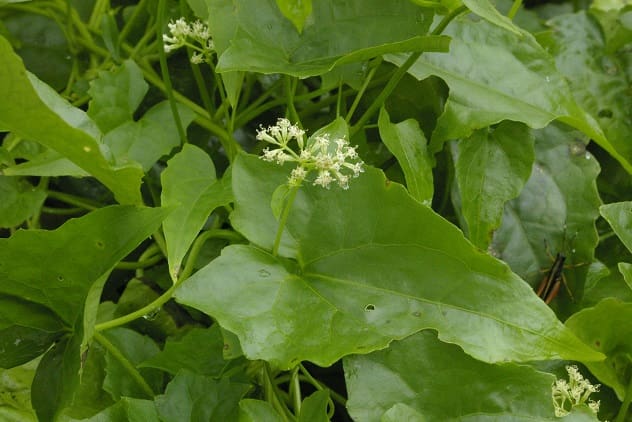 THE Department of Agriculture, Water and the Environment has released its final risk analysis report for the release of the rust fungus Puccinia spegazzinii for the biological control of the weed Mikania micrantha, more commonly known as the mile-a-minute weed.

Head of Biosecurity at the Department, Lyn O’Connell, said mile-a-minute weed was a serious pest of agricultural crops and commercial forests in other countries.

“The release of a biological control agent in Australia will help to prevent this occurring in Australia,” Ms O’Connell said.

“The final report recommends that the rust pathogen Puccinia spegazzinii should be released, subject to standard biosecurity conditions associated with the import and release of biological control agents.

“Due to the mile-a-minute weed’s invasive nature it has spread throughout countries in Asia and the Pacific, and is difficult and costly to control using mechanical methods or herbicides.”

Ms O’Connell said the weed was currently present in Queensland, but due to the potential threat it poses to the Australian environment it was the target of a nationally cost-shared eradication program.

“The department consulted with states and territories, CSIRO and the general public on this risk analysis. There was no opposition to the release of Puccinia spegazzinii,” she said.

The department has provided funding for various other biological control research programs in Australia under the Rural R&D for Profit Programme New biocontrol solutions for sustainable management of weed impacts to agricultural profitability.

The final report is based on an application submitted by the Queensland Department of Agriculture and Fisheries.

View the final risk analysis report for the release of the rust fungus Puccinia spegazzinii for the biological control of the weed Mikania micrantha at agriculture.gov.au/biosecurity/risk-analysis/biological-control-agents/risk-analyses/completed-risk-analyses/ra-release-puccinia-spegazzinii