SA on track for record harvest

SOUTH Australia’s grain farmers are set to bring in the biggest harvest on record for the State, with the 2016–17 crop estimate at 10.5 million tonnes, worth an estimated $2.2 billion at the farm gate. 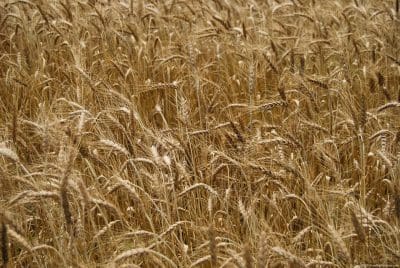 The latest estimate has the potential to break the previous record crop in 2010–11 of 10.3 million tonnes.

According to Primary Industries and Regions SA’s (PIRSA) Crop and Pasture Report, favourable conditions across the State during September and October further boosted yields.

“Only two months ago we estimated the crop at 8.9 million tonnes, so the new record breaking 10.5 million tonne estimate is excellent news for our grain farmers,” SA Minister for Agriculture, Food and Fisheries, Leon Bignell, said.

“The rainfall was ideal in most districts, helping the crop to exceed the previous estimate, and keeping it on track for a new record harvest.

“This will be the eighth consecutive above 10-year average crop for South Australia. We’re expected to also create a new record for total wheat production of 6.4 million tonnes.”

“The storm in the Riverland on Friday, November 11, did not cause significant damage to grain crops. However, there was damage to wine grapes, stone fruit, almonds and citrus,” he said.

“A separate storm on the same day further south in the Mallee region unfortunately caused significant damage to crops and some farm equipment including field bins.

“Similar storm systems have also been reported in Mid North of the state. Assessment of this damage is still progressing.”

In addition, the severe storms in late September caused severe crop damage for some growers in small areas on the Eyre Peninsula and northern agricultural districts.

“We anticipate the damage from these events may have a minor impact on the State’s production estimate, but PIRSA believes at this stage it will not affect these record-breaking results,” Minister Bignell said.

PIRSA Grains account manager, Dave Lewis, thanks to ideal rainfall and growing conditions, most districts expected to have above average to well above average yields.

Harvest is, two to three weeks later than normal, but grain receivals are expected to increase with warmer weather and as crops ripen across the State’s cereal belt.

“The spring rains have significantly benefited the remaining crops undamaged by the severe storms, more than off-setting losses from the damaged crops,” Mr Lewis said.

“There was frost damage to susceptible crops in some low-lying areas during October, and the ongoing rain throughout spring resulted in disease pressure in pulse crops, particularly lentils.”