Salvaging a return from faltering crops in tough, dry year

FARMERS with winter crops hitting the wall in the parched farming regions of north-west NSW, south-west Queensland and the northern and eastern cropping areas of Western Australia are working through their salvage options. 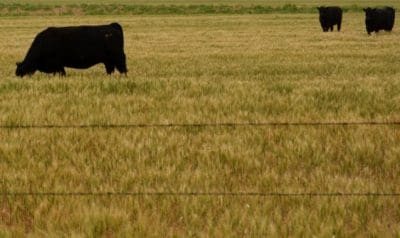 Many growers with failing crops have opted to put stock in to graze them.

For many it’s a matter of cutting their losses and spraying the crops out, while others consider the economics of putting a header in to salvage planting seed or a diminished grain return, putting stock in to graze them or cutting the stands for forage or straw.

In north-west NSW where it has been a particularly tough season, Walgett agronomic consultant, Greg Rummery, said farmers with failed cereal crops had either opted to spray them out or put stock in on them.

“They have been sprayed out or, if it’s a mixed farming operation, they will get grazed,” he said.

“We encourage most landholders to spray the crops first so they get an effective weed kill, then graze them.

“Some people who are croppers only have let them run through as long as they can to get a little bit of stalk and cover out of them, then spray them out.”

Mr Rummery said it was a different story with chickpeas where prices were particularly attractive and growers were holding off making a decision. 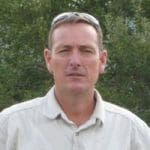 “Growers haven’t walked away from chickpeas yet, but in saying that, the chickpea crop is not great,” he said.

“Considering the price of them, they will probably try to get a header in and salvage something or just let them be.”

Mr Rummery said when making a decision about what to do with a struggling crop, growers largely overlooked what they had spent on the crop already and focused instead on the best option left for realising some return.

“People do the numbers. If a header is going to cost $50 or $60/hectare, can I get that much out of the crop? In a failing wheat crop, that is pretty hard to get, so you bush it,” he said.

Mr Rummery said while the price for chickpeas was a lure for putting the header into mediocre crops, harvesting them would be a challenge.

“They will be low, there will be dirt in the sample, there is stubble in the crop from zero-till – they will be hard to harvest,” he said.

In the western growing regions of southern Queensland, Landmark agronomist at Roma, Craig Miller, said up to 10 per cent of the crops in the area weren’t going to make it.

Mr Miller said farmers had already made their decisions on what to do with those crops.

While a few would be sprayed out, he said most of the failed crops were too light this year to be made into hay or forage. The majority of producers were putting stock in on them for grazing.

“Roma being a very big cattle area, everyone has livestock. Most will be trying to look after their cattle. There are cattle on crops now,” he said.

In Western Australia, Planfarm management consultant at Geraldton, Rob Grima, said it had been a tough year in the north and east, but favourable August rains had reduced the area of crops that would be abandoned. 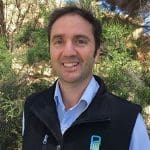 “It was looking at least 50 per cent of the landscape in the low rainfall zone all the way down to Merredin was going to be abandoned, but that will be significantly less than that now,” he said.

“The crops that were sown germinated late, but the favourable August has meant they will yield something that is worth harvesting.”

Mr Grima said producers would be taking it paddock by paddock when making decisions about dropping crops out of production.

“They will look at the threshold of what it is going to cost to harvest and if they are going to get any more than that in return it is some contribution towards paying off the other variable costs,” he said.

“There are some paddocks that have been abandoned. There are some sparse canola and lupin crops and there will be some very late and low-yielding wheat crops that will be abandoned.

“They will be sprayed out and, in essence, they’ll be treated as a fallow over summer. You are better off trying to retain as much moisture as you can for next year.”

Mr Grima said it was unlikely failing crops would be turned over to fodder for livestock as most livestock producers had bought in feed early and already had secure feed supplies.

“I haven’t heard of anyone turning the abandoned crops into fodder because there is just not enough feed there,” he said.

Mr Grima said crops in WA’s northern farming zone had already started to turn and he expected a normal, or slightly delayed start to harvest, probably in the middle of October.

“A lot of flowers have dropped off the canola this week and the wheat is on the turn and getting into the firm dough stage,” he said.