WHILE growers battle widespread outbreaks of Ascochyta blight in chickpeas, scientists are looking to the future by analysing the disease in this year’s crops so plant breeders can keep ahead of the game developing new, resistant varieties. 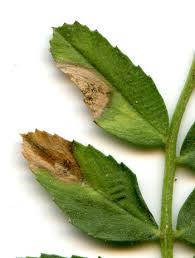 Epidemics throughout the cropping belt resulting from a wet growing season have seen the damaging fungal disease put unprecedented pressure on many of the most popular and resistant-rated varieties.

Griffith University associate professor, Rebecca Ford, Brisbane, said the key to heading off the disease in future seasons was to collect pathogen samples from hotspots in the current outbreak to gain an understanding of how it was changing.

“I am looking at the pathogen population and how it may be evolving and adapting to overcome our recently-released resistance sources and those that are most widely adapted within the growing regions,” she said.

“It is important for us to understand what isolates are out there, how pathogenic they are, how likely they are to become a big problem for our best varieties.” 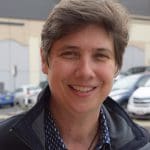 “What we have found is that the majority of the population is clonal (reproduce by single cell division), as suspected. We have never seen the sexual mating type of the fungus,” she said.

“That is good news because it means it is not going to become a lot more diverse very quickly. But it is also a problem because within the population we are finding a subset of isolates that are highly pathogenic.

“What that means is we are finding more of those types of isolates able to cause disease on the widely grown varieties. They are the ones that are attacking the Genesis 090 and PBA Hatrick varieties.”

Professor Ford said the highly pathogenic isolates were appearing across all the growing regions of Australia and on nearly every variety that was grown.

“But we are finding a greater number of the most pathogenic isolates on the more widely grown cultivars. The frequency is increasing,” she said.

Professor Ford said giving plant breeders access to the new, virulent isolates was key to keeping ahead of the disease.

“We are using the really bad isolates to feed back into the national screening program so the best new breeding lines are being screened with those to select for resistance and keep it as sustainable as possible,” she said.

“We are always one year behind the pathogen. We can only collect this year and find out about it, but the situation is evolving in the meantime.”