Scientists close to creating a strain of GMO wheat without gluten

RESEARCHERS in Europe are closing in on every gluten-free eater’s dream: wheat-based, gluten-free bread. 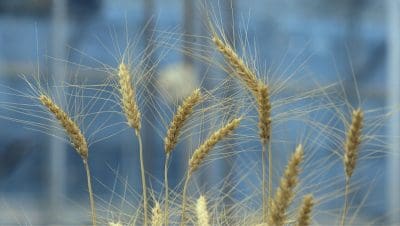 A team of scientists from the Institute for Sustainable Agriculture in Cordoba, Spain, used Crispr gene-editing technology to reduce the number of gluten proteins, called gliadins, in an individual kernel of wheat.

In doing so, they were able to create a plant that could be used in the future to make flour for bread that’s safe to eat for people who’d normally have to avoid it.

The advance is good news for the estimated 7 per cent of people who suffer from allergic reactions to gluten.

That includes the autoimmune condition called celiac disease, which when paired with gluten can induce severe illness.

Details of the research were published this month in Plant Biotechnology Journal.

It wasn’t an easy task. There are about 45 different types of the gliadin protein, and tracking them down for removal is an onerous task.

Still, the researchers have managed to find about 35 of them so far.

The team has already proven that they can make a gluten-free flour for bread, but only for thin, dense breads such as baguettes, according to The New Scientist.

Still more work has yet to be done before larger loaves become a reality.

In addition, more proteins need to be removed from the flour before it’s ready for broader testing; small trials of genetically modified wheat are happening in Mexico and Spain already, however, according to The New Scientist.

It’s likely still a few years before gluten-free bread finds its way into the international marketplace.

If it does, though, the invention could be a breakthrough for a market that’s been growing in recent years.

According to market-research firm Nielsen, gluten-free product sales jumped from $11.5 billion to $23 billion between 2011 and 2015.