RESEARCHERS from The University of Western Australia (UWA) have identified 21,000 new genes in bread wheat. 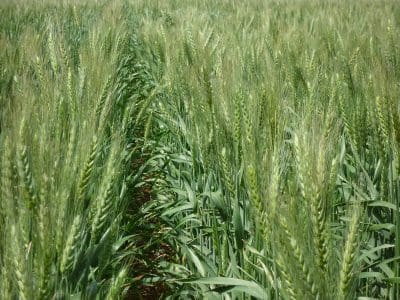 The discovery is a big step forward in the continued improvement of bread wheat, which provides roughly one fifth of the world’s food.

Professor David Edwards from UWA’s School of Biological Sciences and Institute of Agriculture led a team in assembling the pangenome of bread wheat.

The pangenome includes all the genes for a species rather than a single individual.

“We expected there to be some differences, but not on this scale. Surprisingly, 21,000 genes were not present in the previously published reference cultivar Chinese Spring,” he said.

Professor Edwards said the bread wheat pangenome constituted a significant resource for the wheat genomics and breeding communities as understanding the diversity of genes was essential for their association with agronomic traits.

“The pangenome assembly is a better resource for wheat breeders and researchers as it reflects the diversity in modern bread wheat varieties, which in turn allows us to direct future wheat breeding efforts,” he said.

The team also demonstrated that bread wheat varieties showed large differences in gene content, with around 60,000 out of a total of 140,000 genes being absent in one or more varieties.

The findings were published in the paper “The pangenome of hexaploid bread wheat” in The Plant Journal.