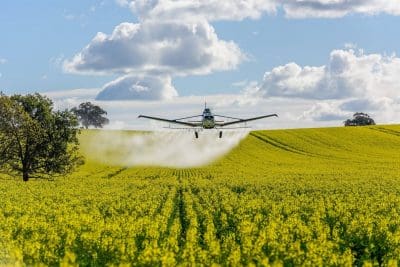 Nichola Boyd of Brocklesby in southern NSW was awarded first prize ($1000) for an image she captured of crop dusting over a field of canola.

Second prize ($500) went to Janice Scoble of Woodstock on Loddon near Bendigo in Victoria for her drone image of late night sowing and third place ($250) went to St George, Queensland, farmer Cameron Moon’s photo of harvest under the hot sun.

More than 120 photos were submitted in the annual competition. The place-getting photos join nine other farm photos from across Australia in GrainGrowers 2017 Calendar. 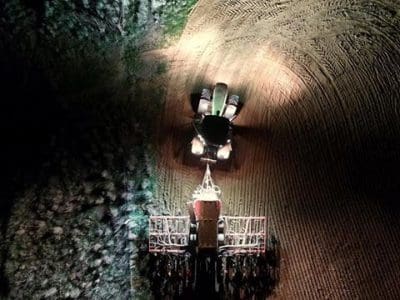 GrainGrowers general manager, David McKeon, said the calendar competition had been running for many years and was popular with members.

“Regional Australia produces some amazing imagery and farmers are best-placed to capture it. With smart phone imagery quality increasing it has definitely increased the number of entries we receive,” Mr McKeon said.

“Keeping pace with latest innovations, this year we received plenty of photos taken using a drone.”

Mr McKeon said each year it was a tough decision to choose a winner. 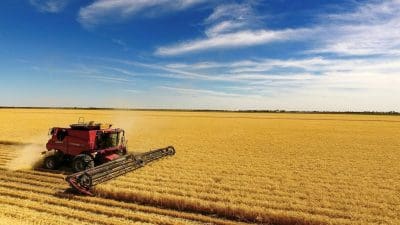 “It really is such a difficult call to make – we like to include a good mix of images in the calendar. This year we decided to allow members to vote for their favourite photo via our website which really helped with the decision-making process,” he said.

“Each year we receive a large variety of photos but I’d have to say this year we had some exceptional entries, in the end it comes down to what photo has that ‘wow’ factor.”

As for this year’s first prize getter, Nichola Boyd, the win was a nice surprise.

“The photo was taken on our property and I had to position myself in a tricky position to get the best shot,” Nichola said.

All GrainGrowers members receive a copy of the 2017 Calendar.

Entries will open in February 2017 for the 2018 Calendar Photo Competition.