CHANCES of a significant sorghum planting in Central Queensland (CQ) this season appear to be fading fast as low prices and the failure of summer rains prompt farmers to abandon plans for the summer crop and look ahead to winter crop alternatives. 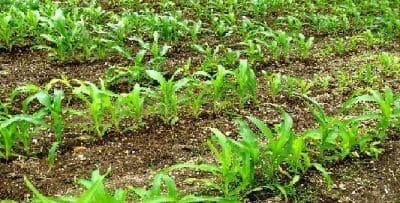 Time is running out for a substantial sorghum crop to go in in Central Queensland this season.

With the planting window for main season sorghum past the halfway mark, heatwaves and extremely dry conditions have robbed farmers of sowing opportunities in the vital weeks through January.

CQ Ag Services manager and head agronomist, Darren Young, Emerald, said there would barely be 800 hectares of sorghum planted so far in the region which, in years of adequate rainfall and high prices, had grown up to 240,000ha.

“There wouldn’t even be one per cent of what we normally grow in the ground this year. It’s woeful,” he said.

“Apart from a few patches, there hasn’t been the moisture for sorghum planting. Normally we get a monsoonal influence but we haven’t been anywhere near the rain.

“Sorghum here is normally planted early new year through to the end of February. Usually the sorghum crop would be in by now, or just going in. Normally around Australia Day we get the weather event.”

Mr Young said the shortfall in plantings was reflected in muted seed sales through his business.

Unfortunately for CQ growers, the rainfall outlook for the remainder of the sorghum sowing window doesn’t look promising.

The Bureau of Meteorology’s seven-day outlook for Emerald shows another week of heatwave and dry conditions with daily temperature maximums of 37-38 degrees and no sign of rain.

Looking further forward from February through to April, the outlook is for drier conditions and below average rainfall.

Mr Young said growers were already considering their options with many switching their focus to winter crops.

“The winter is looking more and more like the planting opportunity now. It is only a few months away for us. People will go with wheat and chickpeas. There will be a massive chickpea season again with the amount of country that is fallow,” he said.

The drop in sorghum production in CQ is in line with ABARES’ December forecast that Australian grain sorghum plantings would fall by 31 per cent in 2016-17 to 471,000 hectares, the lowest in 24 years.

National grain sorghum production was forecast to drop by 29pc to 1.4 million tonnes.

ABARES predicted that in Queensland, the area planted to grain sorghum was likely to fall by 36pc in 2016–17 to 320,000 hectares, partly due to higher expected returns from growing cotton and the recent reduction in soil moisture, combined with a hotter summer, that would curb plantings in the latter half of the planting window.

Grain sorghum production in Queensland was forecast to decrease by 34pc to just under 1 million tonnes.