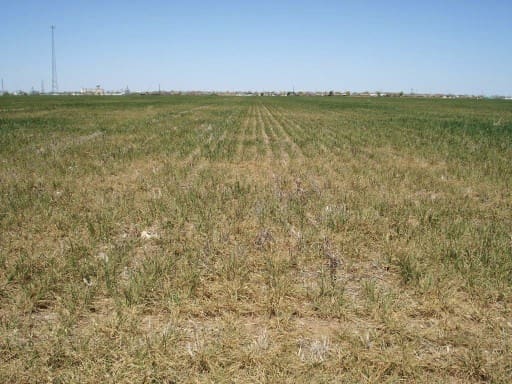 FARMERS across south eastern Australia are considering their options for salvaging crops impacted by ongoing dry conditions and a series of frosts in the last two weeks. 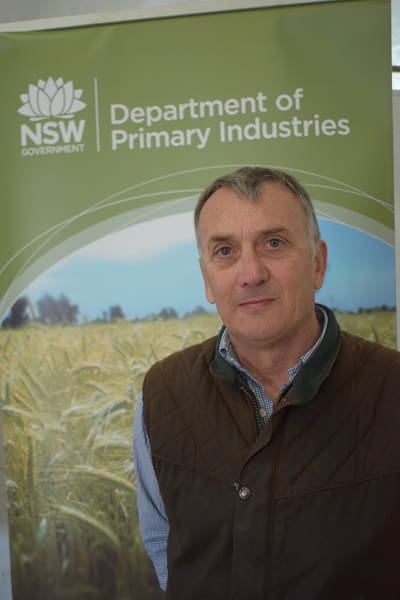 While crop prospects across Australia’s south-eastern cropping regions remain much more favourable than in drought-ravaged northern NSW and southern Queensland, some cereal and canola stands are beginning to be cut for hay in the Riverina and northern Victoria.

Speaking at the Henty Machinery Field Days, NSW Department of Agriculture leader for temperate pasture systems, Nigel Phillips, Wagga Wagga, said many growers throughout the area were at the point of deciding whether to cut struggling crops for hay or run them through to grain.

“Even the favoured areas in the south are looking stressed and the price and demand for hay is quite high. So it is an alternative market for the crop, particularly if people are concerned they won’t get enough rain to carry through to a profitable grain crop,” he said.

“Farmers at the moment are trying to make those decisions – should they run the crops through to grain, should they cut them for hay or silage, or direct graze them. For people with livestock in a mixed farming situation, that could be a valuable opportunity, particularly when their feed has been short all year.”

GRDC northern panellist and farmer at Urana, Roy Hamilton, said the adoption of advanced farming practices in the past 25 years meant crops were now in a better position than they would have been in the past, “but that doesn’t mean we will get them through to harvest”. 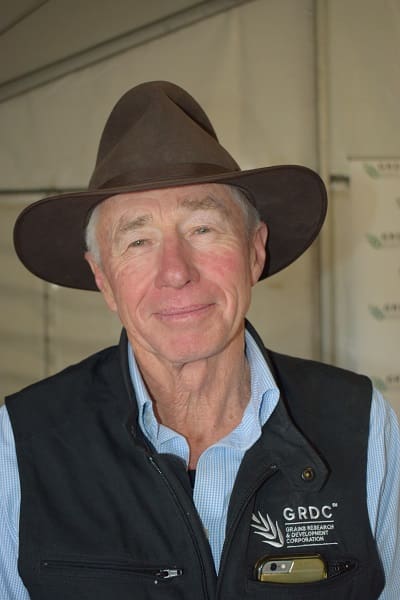 Mr Hamilton said on his farm he would make the decision in the next two weeks about whether to graze or harvest the crops.

“I don’t think we will have the biomass to make hay. We might target a couple of paddocks (for hay) because we do have livestock to feed,” he said.

“One of the queries in my mind is whether it would be better to graze them and rotate, or cut them for hay, put the sheep in containment areas and bring the hay to them.

Mr Hamilton said he the economics would work out better for making hay in the eastern areas of the Riverina where there was higher biomass and the prospect of higher net returns per hectare.

Mr Phillips said the key to successfully managing the current situation was to develop a sound process for deciding what to do with their crops.

“One piece of advice is they should make decisions, not just be a passenger. Don’t let circumstances dictate things before it is too late,” he said.

“Have a clear decision-making process about how you are going to assess crops and compare them; how you are going to decide whether it is economic to do one thing or the other; use tools like the crop salvage calculator from the DPI’s DroughtHub to help you do the numbers.”

Mr Phillips said if producers opted to turn crops into stock feed they needed to decide the way to do that to best advantage.

“So, a sound decision-making process is the first step and then, once you have made the decision, own it and move on.”

Mr Phillips said farmers should also look to the future and ensure they recorded in detail the steps they took to manage the current situation.

“These events will occur again in the future, so it is really important you write down what measures you took and later review that to assess what information you should have had to make a better decision and achieve a better outcome. That will be your toolbox for next time this comes along,” he said.

Managing and preparing for drought 2018, https://www.dpi.nsw.gov.au/climate-and-emergencies/droughthub/information-and-resources/managing-drought

Growers experiencing continuing dry seasonal conditions in Victoria and South Australia are also being encouraged to adopt a flexible approach to decision making around management of this year’s winter crops. They should consider the economic, practical and agronomic implications when assessing the options available to them and are advised to utilise the tools, resources and support mechanisms at their disposal.

That’s the advice of the Grains Research and Development Corporation (GRDC) and other industry organisations who are reminding growers of the importance of seeking advice to assist with informed decision making.

To assist growers and advisers wishing to access tools and resources to assist with decision-making, and for general support, the GRDC has developed a “Dealing With The Dry” web portal which contains links to useful information, available at http://bit.ly/2xkI3CP.

“Responding to the season by getting your hands on the right tools, data and advice so that you can make the right decisions is imperative,” GRDC southern region panel chair John Bennett said.

Mr Bennett, a mixed farmer at Lawloit in Victoria’s west Wimmera region, said the lack of rainfall in regions such as north eastern Victoria, the Mallee, and parts of SA’s Eyre Peninsula and Mid-Upper North regions had forced growers to assess their options.

This has been exacerbated by recent frost events.

“Having a realistic outlook of where the season may be heading is important, and I suggest growers start thinking about their alternatives as early as possible so that they are prepared when a decision needs to be made – don’t put off those thought processes until the last minute.”

Using objective assessments such as biomass cuts and involving advisers, rather than guesswork based on observations from the ute window, are highly advisable steps in the decision-making process.

Growers should make gross-margin comparisons when deciding whether to persist with a crop, cut it for hay or graze it.

Cost and income calculators such as the one developed by the New South Wales Department of Primary Industries, http://bit.ly/2QiZdJQ, can assist when assessing the value of salvaging crops for fodder, grain or grazing.

If cutting for hay is a viable and practical course of action, Mr Bennett recommends growers have a grasp of the current markets, even though the shortage of fodder works in growers’ favour.

“There is certainly a market for hay this year which is fortunate, and although cutting and baling crops means more work and expense, we’ve never regretted cutting some of our crops for hay. Hay is now part of our farming system.”

Mr Bennett said a dry finish often made for quality hay, although canola could be the exception.

“We always try to cut canola early when there is still green leaf in it. But ultimately you’re better off cutting up until podfill than letting it go through if the crop’s failing.”

Mr Bennett said cutting a ‘dirty’ crop if circumstances suited was a ‘no-brainer’.

“It’s logical to prioritise those weedy, problematic paddocks for cutting. Taking out weeds through cutting will result in a clean paddock for next year and it will reduce herbicide and labour costs and ultimately will allow you to grow a cheap following crop.”

Frost damage can also tip the scales in favour of cutting hay, according to Mr Bennett.

Rural Directions (SA) consultant Patrick Redden said frost in many low-lying grain-growing areas over the past fortnight had led to increasing numbers of growers cutting for hay or planning to do so.

“Unfortunately, frost makes the decision about what to do with struggling crops a lot easier, as cutting for hay is often the most logical management option,” Mr Redden said.

For those growers contemplating their options, Mr Redden encourages growers to be as objective as possible.

“Frost aside, if considering hay based on a crop’s ability to fill grain, get a good handle on current soil moisture levels and rainfall expectations for the remainder of the year, dig holes and use probes to assess the moisture profile, and if you are thinking about hay, cut some samples to get a good yield estimate,” Mr Redden said.

“Try to take the emotion out of the equation if you can and always get a second opinion, especially if you’re not an experienced hay grower.”

Mr Redden said having a good understanding of chemical withholding periods and other hay market requirements was crucial.

Western AG (Victoria) agronomist Edwina Hicks agrees that growers must have a reasonable appreciation of the costs associated with management options for their crops and the potential returns, especially if crops are unlikely to make it to grain fill.

“Although the prices for hay and silage are quite buoyant, it is critical that growers closely look at the logistical considerations attached to hay-making, such as getting the timing of cutting and baling right, contractor availability, protection and storage of hay, and being able to pay contractors if cash flow is an issue,” Mrs Hicks said.

“And remember that hay has to be handled several times before it reaches its destination. There are many factors for growers to consider when comparing the options available to them.”

Mrs Hicks said if growers had livestock already in the system, grazing them on poor-performing canola and cereal crops that lacked bulk could be potentially rewarding.

However, growers are warned to exercise caution when grazing stressed canola crops as high nitrate levels can be toxic, and soil type, ground cover and erosion risk must be prioritised in grazing considerations.

“It’s not just growers and their families who are under incredible stress, but their agronomists and advisers are also experiencing extreme pressure,” he says.