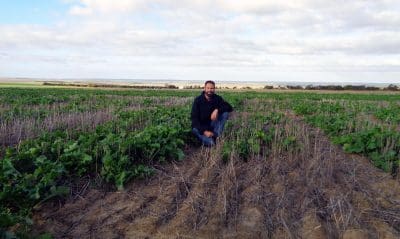 “The results were very clear. Even when sowing in April, into drying soil, the establishment of canola was better at one centimetre depth, compared to 3cm or 7cm.”

Ms Bucat said sowing at 3cm resulted in an average yield loss of 19 per cent, when compared with sowing depths of 1cm.

“There were further losses with very deep sowing at 7cm, with an average reduction of nearly one tonne/hectare,” she said.

Ms Bucat expected the yield loss results to apply over the agricultural region, including southern areas.

A range of seed sizes were used in the trials and losses were sometimes exacerbated where small canola seed was used. 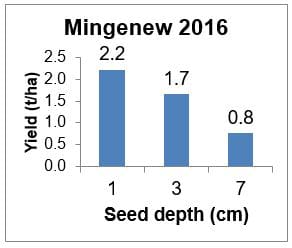 “There was a similar effect at the Eradu trial, but only where seed was sown deep.

“Hybrid varieties’ seed establishment was better than OP. This has also been reported in other trials, and has been attributed to the larger seed size of the hybrid.”

Ms Bucat said seeding and emergence was the most vulnerable stage for canola.

“It is important to get the right depth, seed quality and seeding rate,” she said. “Check your seed depth, make sure to get a germination test for any retained seed and calculate your best seeding rate.”