THE long-held adage that timely sowing is a key determinant of crops reaching their full yield potential has been proven once again in trials in northern NSW where crops sown late consistently suffered significant yield penalties. 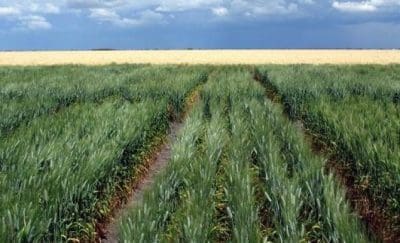 Trials on wheat in northern NSW have shown sowing timeliness is key to yield success.

Outlining the results of the 2014/15 work that looked into the agronomic drivers of yield in rain-fed wheat, NSW Department of Primary Industries research agronomist, Rick Graham, told this week’s GRDC Grains Research Update in Goondiwindi it was a “no-brainer” that timely sowing was critical to yield success.

At trial sites at Tamarang on the Liverpool Plains, Narrabri, Terrie Hie Hie and Tulloona, the work demonstrated significant increases in yield for early to main season sowing compared to losses in crops where sowing had been delayed.

Yield declines for delayed sowing ranged from 8-28 per cent for EGA Gregory on the Liverpool Plains; 32pc at Tulloona; and from 35-43pc at Narrabri.

Importantly, the results also highlighted the risk associated with sowing early-maturing varieties, such as LRPB Crusader, outside their recommended sowing window.

Mr Graham said when it came to water availability enhancing or limiting yield potential, there was a substantial variation in achievement levels among growers.

“Average growers in the northern region are achieving roughly 49 per cent of water limited yield potential. To put this into perspective, leading growers are achieving about 80pc, taking into account both economic and climatic constraints,” he said.

Other factors apart from water

Mr Graham said water was not the only factor limiting yield potential. The trials also looked at variety and maturity type; time of sowing; population; nutrition; and overlayed crown rot into the scenario.

The trials demonstrated the adaptability of mid to late maturing spring wheat varieties and their yield stability across the sowing window.

“On the Liverpool Plains, the main season variety, EGA Gregory, performed well across sowing times, out-yielding faster maturing varieties, such as LRPB Crusader and LRPB Spitfire, even with delayed sowings,” he said.

“Similarly, at Narrabri, Suntop performed consistently across sowing times, achieving comparable yields, to the shorter season varieties such as Crusader and Spitfire, with delayed sowings.

“In all instances the mid to late maturing varieties were the highest yielding entries with an early sowing window.”

Mr Graham said altering variety and/or maturity type, and increasing target plant populations in response to delays in time of sowing could not fully compensate for yield losses associated with delayed sowing.

In relation to nutrition, the trials showed yields responses to nitrogen, phosphorus and potassium fertiliser application rates were variable and were influenced by starting soil nutrition and seasonal conditions.

The fungal disease, crown rot, was found to impact yield potential, decreasing yields by up to 12pc on the Liverpool Plains with delayed sowing.

Mr Graham said timely sowing of varieties in the early part of their sowing window could increase yield potential and reduce the extent of yield loss from crown rot compared to a delayed time of sowing.

“Results highlight the compounding negative impact of delayed sowing and crown rot infection on yield potential and underline the need for awareness of risk levels from soil-borne pathogens prior to sowing in order to guide management decisions,” he said.