SCIENTISTS at the University of Queensland’s (UQ) Queensland Alliance for Agriculture and Food Innovation (QAAFI) have developed a system of ‘speed breeding’ that dramatically accelerates plant research.

Inspired by National Aeronautics and Space Administration (NASA) experiments which used small chambers with continuous light to grow wheat plants on space missions, QAAFI scientists have built a technology facility at UQ where plants are grown quickly in near continuous light.

Speaking at the Global Forum for Innovations in Agriculture (GFIA) in Brisbane, QAAFI post-doctoral researcher, Dr Eric Dinglasan, said the process sped up plant growth, meaning the wheat plants were ready for harvest only two months after being sown.

“Under speed breeding, plants are exposed to continuous light for 22 hours and only allowed two hours of ‘sleep’, compared to up to 12 hours photo period in a regular glasshouse,” he said.

“Under these conditions, wheat plants can grow for six generations compared to only three in a regular glasshouse. These controlled environment conditions also work for different crops, such as barley, chickpeas and canola. So, this technology can accelerate plant research.”

“Under speed breeding…wheat plants can grow for six generations compared to only three in a regular glasshouse….so, this technology can accelerate plant research.”

QAAFI senior research fellow, Dr Lee Hickey, said in traditional breeding it could take up to 20 years to develop an improved crop variety, but the speed breeding technique could slash that time because it enabled growing up to six plant generations in a single year, rather than just one in the field.

“This technique works for a range of crops like wheat, barley, chickpea and canola, and uses specially modified glasshouses fitted with LED lighting to grow plants under extended photoperiods – accelerating crop research and the development of more robust plant varieties through rapid cross breeding and generation advance,” he said.

“With scientists from the John Innes Centre in the United Kingdom we’ve now taken the next step in our research and developed the protocols to scale-up speed breeding to large glasshouse facilities as well as instructions on how to build your own low-cost speed breeding cabinet.

“Information on speed breeding has been in high demand, so by sharing our protocols it means researchers and plant breeders around the world can help tackle the impacts of climate change by accelerating their research or development of better crops, even on a shoestring budget.”

Speaking at the GFIA conference, QAAFI and Queensland Department of Agriculture and Fisheries (QDAF) research fellow, Dr Barbara George-Jaeggli, said there had also been innovative developments in phenotyping that had significantly advanced the capabilities of plant research. 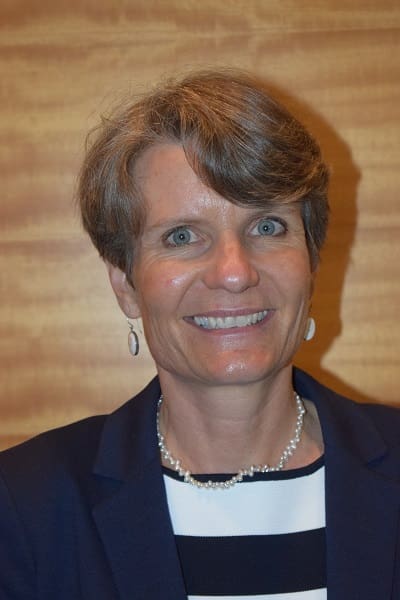 “There has already been a genotyping revolution, so we know a lot about the DNA of a plant. We can do thousands of lines at low cost. But, what we also need is phenotyping, which is what the plants look like in different environments in the field,” she said.

“The plant breeder has, maybe, a thousand plots in the field. We are now able to tell him how many plants are there, how many seed heads, and even more complex things like how much biomass or leaf area is in each of the plots,” she said.

“We can see how efficient each of the phenotypes are at converting sunlight to biomass. That has been totally outside the realm for plant breeders before because it is very labour intensive to get.”

Dr George-Jaeggli said in the past such extensive phenotyping was impossible because it was so labour intensive, requiring several biomass cuts of each genotype three or four times during the growth of the plant, and a need to bring in light interception techniques.

“The trait was outside the realm to do because you have to go out and cut the quadrants of biomass, bring them into the lab, dry them down, and also have instruments in the paddock that measure light interception over time,” she said.

“We could do it for up to 60 plots maximum, which isn’t much because if you are trying to find the plant that is more efficient you have to screen a few thousand to find ‘the needle in the haystack’. That wasn’t possible.

“Now we can do it on a thousand plots or more.”