Spontaneous mutation and its implications for herbicide resistance REMEMBER the Teenage Mutant Ninja Turtles? Four baby turtles get covered in glowing green goo and a mutation takes place, changing them forever. In the case of ninja turtles Leonardo, Donatello, Michaelangelo and Raphael, their parents were apparently regular turtles and the mutation that gave the four baby turtles human characteristics and amazing crime-solving and ninja fighting skills, was the result of an external influence on their DNA. This is a pretty cool illustration of what is known scientifically as ‘de novo’ (Latin meaning ‘from new’) mutation. Not surprisingly, de novo mutations are quite rare in the real world – but even rare things can happen if the population is large enough.

When it comes to the evolution of herbicide resistance, there are two biological pathways. The first is simply natural selection where a small number of the population can withstand a particular stress (e.g. herbicide), they set seed and eventually their progeny are the majority, and they generally thrive. Resistant alleles may prolificate at the site of selection (i.e. due to frequent and regular use of a particular herbicide at that site) or they might be imported from another site of selection as seed or pollen.

The second is ‘de novo mutations’ where the parent plants are both susceptible to the herbicide but a spontaneous mutation in the genes of the progeny renders it (and its progeny) resistant. Resistance that arises this way is very rare and often comes with a ‘fitness penalty’. Mutation screening of grain amaranth (the healthy plant turned out to be a contaminant).

You might ask “Why does it matter? The fact that the weed population is resistant is what matters, not how it happened.” 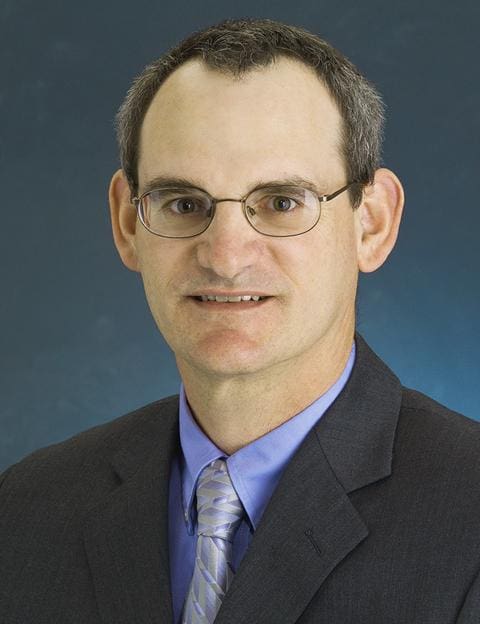 Researchers Federico Casale, Darci Giacomini and Patrick Tranel from the University of Illinois, Urbana, Illinois, United States, set out to determine the likelihood of de novo mutation conferring herbicide resistance in a natural plant population and whether sub-lethal doses of herbicide increases the rate of de novo mutation.

Through the screening of this large susceptible population they detected no spontaneous resistant genotypes. This suggests that the probability of finding a spontaneous ALS-resistant mutant in a given sensitive population is lower than 1.4 × 10−8.

This empirically determined upper limit is lower than expected from theoretical calculations based on previous studies. In these earlier studies, the rate of spontaneous mutations to resistance to ALS-inhibiting herbicides was estimated at 1 × 10−9 in Arabidopsis thaliana (Haughn and Somerville, 1987) and at about 2.7 × 10−8 in Nicotiana tabacum cell cultures (Harms and DiMaio, 1991).

Computer weed simulation models are a useful way to test the likely outcome of different weed management scenarios. Like all computer models, weed behaviour models have many assumptions built into them and these assumptions influence the results. Computer modellers obviously go to great lengths to ensure that the assumptions are as realistic as possible, but some assumptions are more difficult to test than others.

Herbicide resistance models include assumptions about the rate of selection for resistant mutants in the standing population, the potential flow of resistant alleles and the spontaneous mutation rate of the target weed. The rate of selection within a genetically diverse population is widely studied and excellent empirical data exists to use in computer modelling.

For example, Steve Powles and Chris Preston, published work in 2002 that measured the frequency of ALS-inhibitor resistance in unselected populations of rigid ryegrass (Lolium rigidum Gaudin) in Australia. Their work showed that herbicide resistance occurred through selection for resistant alleles already present in the standing population. This rate of resistance to ALS herbicides in an unselected standing population of ryegrass is in order of 10−5 to 10−4.

Why work with grain amaranth rather than a weed species?

The researchers chose grain amaranth because it does not have known herbicide resistance in its genetic background. This makes it a good candidate for de novo resistance studies.

Grain amaranth seed is pale in colour and easy to distinguish from its weedy counterparts, reducing the chance of contamination in the study. Each mother plant produces a large quantity of genetically homogeneous seed with reduced seed dormancy. These characteristics combined to give a plant population that germinated evenly and rapidly, allowing uniform exposure of seedlings to soil-applied herbicide selection. ALS-inhibiting herbicide was chosen for this research because resistant mutations are functionally dominant at normal herbicide application rates. This enables the selection of spontaneous mutations in the first generation when they may be present only in one chromosome.

Does herbicide treatment increase the rate of resistance?

The question arises “Does exposure of weeds to sublethal herbicide rates increase the chance of new genetic variants that confer resistance arising?”

Sublethal dosing is common in field situations such as along paddock borders and where the crop canopy or stubble might intercept some of the applied herbicide. Since herbicides cause obvious stress on plants, some researchers have proposed that this stress (sublethal dosing) may select for, or induce, mutator activity within genomes.

In the second part of the study, plants were treated with one of two sub-lethal rates of atrazine (0.1 and 0.2 kg/ha). The plants showed clear symptoms of herbicide injury and the higher herbicide rate caused more severe symptoms, but the plants survived the treatment and produced a similar number of seeds as the control group.

More than 11 million seedlings derived from these atrazine-treated parental plants were then screened for ALS-inhibitor resistance. Again, no spontaneously resistant mutants were found.

The researchers acknowledge that there are several reasons why no resistant mutants were found, but in this study they found no evidence to suggest that sub-lethal herbicide exposure of the parents generated resistant offspring. Seed from grain amaranth plants treated with sub-lethal doses of atrazine went on to produce a similar quantity of seed as the control group (no herbicide).

Although this study suggests that the rate of spontaneous mutation providing herbicide resistance might be lower than previously thought, it is still a real possibility, and possibly more so in weed populations.

Even so, growers and agronomists can be sure that herbicide resistance is far more likely to arise from the standing genetic variation in weed populations than from spontaneous mutation, even in response to sub-lethal herbicide application.

Resistant alleles can exist prior to the selection (herbicide use), having been conserved in the weed population for years. They must have little to no fitness cost and these mutations can be expected to remain in the population even if the herbicide is no longer used.

This paper represents a starting point to further evaluate the rate of spontaneous herbicide resistance in weed species and to further firm up the assumptions that underpin computer modelling for weed management.