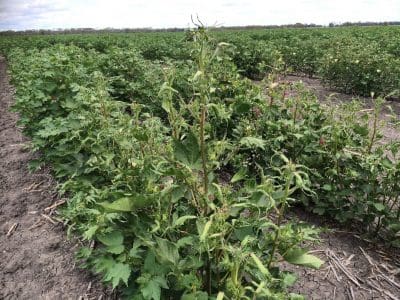 Cotton Australia regional manager for the Darling Downs, Mary O’Brien, said after a quiet start to the season there had been a number of recent major incidents where weather inversions had caused herbicide to drift from spraying activities, causing off-target damage to susceptible crops.

“Every season is different. Last season we had a lot of early season spray drift. However, this season we have had a lot of insect pressure in the first half, but since then there has been an easing off in the focus on insects and an increase in herbicide use and we have started getting drift,” she said.

“It is a bit to do with storms. There wasn’t much storm activity in the first half.”

Ms O’Brien said because cotton crops were being hit by spray drift later in the season at the vulnerable flowering and fruiting period it was difficult to say what the impact on yield would be. 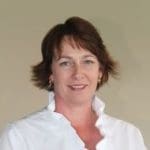 “How much yield will you lose? Well, how long is the summer going to be? Do you have enough water to carry it through. Last year we had a nice long summer, it was still 30 degrees in May. But we don’t know what it will be this year.”

Ms O’Brien said spray drift incidents were often not caused by an individual operator, but the combined effect of a number of operators spraying at the same time in conditions conducive to inversion, often at night or in the early hours of the morning.

“The main problem is when we have a rain event or storms it is not just one farmer spraying, it is everyone usually spraying at the same time,” she said.

“Even if operators are minimising their losses into the air, there is still a small amount of ‘fines’ (tiny droplets) that get into the air. In the situation when everyone is spraying together it becomes what I refer to as ‘community drift’. Everyone is contributing a tiny amount and we end up getting some major events.”

Cotton Australia’s checklist for preparing to use herbicides:

What to do if impacted by spray drift:

It is critical for growers to report damage to the authorities when it occurs.

– Biosecurity Queensland: Click here for more information or call 13 25 23 to make a report

– NSW Environmental Protection Authority (EPA): http://www.epa.nsw.gov.au/ or call the Environment Line on 131 555 to make a report

Spray workshops for growers and spray applicators will be held this week in southern Queensland at Goondiwindi, Wednesday, January 18; Westmar, Thursday, January 19; and Condamine, Friday, January 20.

The events will be hosted by MCA Ag with support from Cotton Australia, Mary O’Brien Rural and DeadSure.