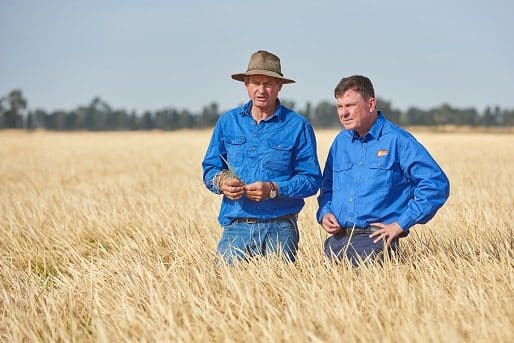 THE earlier forecast of 600,000 tonnes for this season’s rice harvest in the NSW Riverina will be exceeded by around 25,000t, due to strong yields across rice-growing regions and different rice varieties, according to the latest report from SunRice.

To date, 615,000t have been delivered to SunRice’s Australian Grain Storage (AGS) depots across the Riverina, with a further 10,000 tonnes expected by the end of May, when harvest is likely to be completed.

While overall yields for the season are yet to be confirmed, a standout result was a 14.8 tonnes per hectare yield achieved for a medium grain Reiziq crop grown in the Murrumbidgee Irrigation Area (MIA), which outstripped the region’s five-year average of 11.7t/ha by 3.1t/ha.

Highlighting Australian rice growers’ reputation as the world’s most water efficient, this high yielding crop was grown using only 9.6 megalitres of water (1.5t being produced per megalitre), which far exceeds the targeted industry benchmark of 1t/1ML of water.

Across the Riverina this season, it was relatively common for growers to achieve yield to water usage rates of around 1.25t/MG.

This particular crop generated a gross profit margin of approximately $3,700/ha, or $380/MG of water, demonstrating the profitability of growing rice in the Riverina.

Top performing varieties this harvest were Doongara (used for SunRice’s Low GI range sold in Australia and exported around the world) and Opus (a short grain rice preferred for Japanese cuisine).

Key drivers of the 2018 harvest 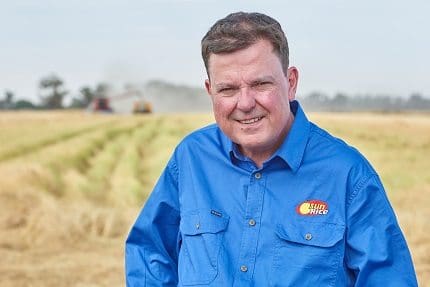 “We are delighted with the results of the 2018 rice harvest. It is a testament to the skills of our growers, who use the latest, most efficient farming techniques and technologies, that this year’s yields have bumped up our original crop forecast by around four per cent, which is an outstanding outcome,” he said.

“However, the very hot weather experienced at the beginning of April will result in greater variation in whole grain yields, on average, for the 2018 crop than the results that were recorded last year.

“This season has again proven that Riverina rice growers are the best in the world, not only for productivity but for water use efficiency as a result of top irrigation layouts, technology usage and exceptional management.”

The Board has announced the estimated opening price range for the C18 (crop year 2018) Paddy Pool is $355-$400 per tonne for base grade medium grain (Reiziq), with pool payments being set from the lower end of this range.

“It was pleasing to see this season an increase in the area planted to premium varieties including Doongara, opus and Koshihikari, which is in line with our refreshed fiveoyear strategy for growers to expand their premium varietal mix to match global food trends.”

Finley rice grower, John Hawkins, is one of the many growers benefiting from these insights, which he draws on when determining his varietal mix.

“What helps me make up my mind is the pool premiums for specialty varieties and fixed price contracts on offer. I follow the market signals as I like to try and produce something that the consumer is looking for. The two varieties I grow are premium grade because that’s what the consumer wants.”

SunRice reports strong interest in the C19 fixed price contracts that opened in early April, offering $550/t for Koshihikari, $450/t for Doongara, $415/t for opus and $400/t for Reiziq.