RAIN is the key ingredient needed to kick along summer crops in the northern farming zone where this week’s heatwave conditions are drawing down moisture reserves and hampering spraying operations. 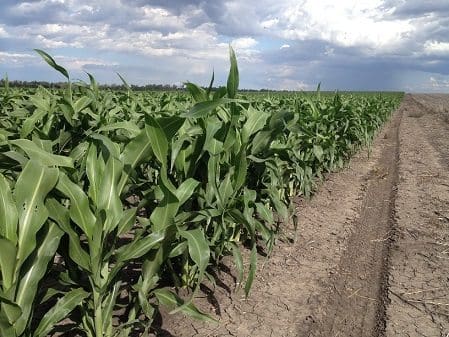 In Central Queensland, agronomist Graham Spackman, Emerald, said there was very little summer crop sown yet as the region waited for rain.

“There is some sorghum and mungbean planted around Duaringa and some around Rolleston and the Dawson/Callide area, but there wouldn’t be more than half a dozen paddocks planted in the Highlands,” he said.

“In the southern Highlands they have had some rain and moisture levels aren’t too bad. They won’t need too much rain to be able to get some crops in there.

“But north of Emerald there hasn’t been nearly as much rain and it is fairly dry, so most growers there will need substantial rain to be able to get crops in.

“We anticipate a reasonable area of sorghum and mungbeans will go in, but it will obviously depend on moisture.”

On the Darling Downs, Dalby Rural Supplies head agronomist, Andrew Johnston, said the summer crops that had been planted were “hanging in” but rain was badly needed.

“I’d say 80 per cent of the sorghum around Dalby has gone in. Given the buoyant sorghum price at the moment, if we can jag some substantial rain in the next couple of weeks there will be a late plant go in. The further west you go, they will plant into mid-January.

“If there is any substantial rain in the next few weeks, there will also be a reasonable mungbean plant.”

Along the NSW/Queensland border, MCA director, Stuart Thorn, Goondiwindi, said the crops were looking quite good, thanks to a reasonable weather start to the summer after the dry winter.

“Southern Queensland and northern NSW have been pretty dry over the past week or so, so more rain would be nice,” he said.

“But the summer crop that is in looks really good. The sorghum is at early grain fill. We just need to get through this late-December heat. If we can crack a fall of rain we will have an above-average summer crop.

“There may be a smaller area of summer crop in than in previous years because everyone went chickpea mad over winter, so the area to summer crop is slightly smaller. But the area that is in looks quite good.

“There is a little bit of dryland cotton and a little bit of mungbeans. There will be a bit more mungbeans go in. They are a ‘punters’ paradise’. I’m sure if it rains in January people will have a crack at them to make a quick buck.”

“It has been 38 to 42 degrees for the last week. That makes it seriously difficult to get anything sprayed,” he said.

“Those sorts of conditions at sorghum flowering, if you haven’t got any moisture, is diabolic. But, the crops have reasonable moisture under them, so we are not in too bad a shape. But, instead of aiming at 5.0 to 6.0t/ha we are now aiming at 2.5t/ha to 3.0tha.

“Most people elected to sow dryland cotton fairly late. It will sit there okay for the next month but will need rain by the end of January. There is a little bit of mungbean in.”

While much of NSW received November rains, little fell in the summer cropping areas, with the above-average falls occurring across the far south west, Murray Valley, south east and scattered areas of the north west, far north coast and south west slopes.

“Rainfall ranged from one to 259 millimetres across NSW during November, with most of the eastern half of state, the south and south west receiving 25mm-100mm. Thunderstorms were common, due to easterly winds feeding moist tropical air across the state,” Mr McGowen said.

Looking ahead weatherwise, the Pacific Ocean is in a La Niña event. The outlook from most global climate models suggests that the event will be weak and potentially short-lived, being likely to persist only throughout summer or into early autumn.

The current event is likely to have effects that are much less than the previous strong La Niña event of 2010-12, and is unlikely to result in significantly increased rainfall across NSW. La Niña events can increase the likelihood of longer-duration heatwaves across south eastern Australia.