REMOVING summer weeds in the months after winter crop harvest will be one of the biggest contributors to improving water use efficiency, minimising soil nutrient losses and reducing disease carryover for 2019 crops. 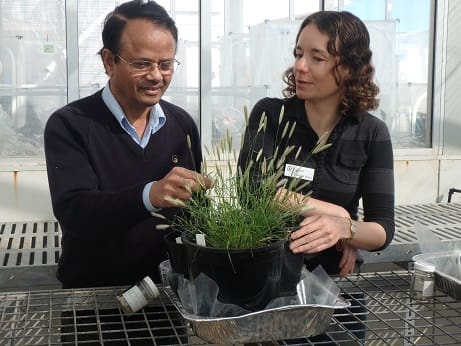 Summer weeds in the fallow are the enemy of soil moisture conservation.

Research by the Western Australian Department of Primary Industries and Regional Development (DPIRD), with GRDC investment, has found controlling these weeds in low rainfall zones is 70-99 per cent likely to be profitable in a single year.

In high rainfall zones, the likelihood of making a profit is estimated to be 30-80pc.

Potential returns are higher when nutrient loss and pest and disease loads from weeds are also considered.

Multi-year surveys in WA, led by DPIRD research officers Dr Catherine Borger and Dr Abul Hashem with GRDC investment, have found the prevalence of WA’s summer weed species can change between years in a single location.

Common species found in WA in most years include:

The researchers have also noted from roadside surveys an increase in the persistence of some winter weeds, such as wild radish (Raphanus raphanistrum) and wild oats (Avena fatua), in the summer months. The most effective and economical time to control summer weeds is typically after harvest to stop seed set and with herbicides at seedling stages, when the weed plants are least stressed.

Dr Borger also advises to monitor summer weed populations and control any survivors of a herbicide application before seeding 2019 crops.

She says glyphosate (Group M) is the most important herbicide for controlling weeds in the summer fallow, but several common species have evolved resistance to this herbicide.

Growers are advised to reduce risks by mixing and rotating between alternative herbicide modes-of-action.

Options for a double knockdown herbicide strategy for summer weed control can be: