THE sunflower industry is at a crossroads as low prices and sliding economies of scale, particularly for the oil crush sector of the market, see few growers planning to include the crop in their summer cropping programs. 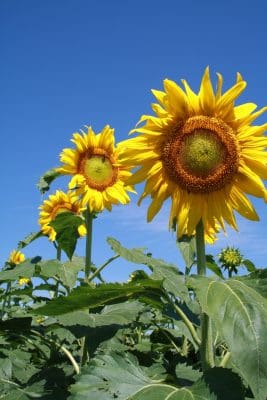 In the past when tonnages were higher, a significant portion of the annual crop went to the sunflower oil crush market. But if production remains down around 20,000t, that is essentially enough to fill the requirements for the birdseed and horse feed markets alone.

Australian Sunflower Association chair, Kevin Charlesworth, said the decline had raised concerns about the future of the industry and it’s capacity to support all markets, particularly the oil crush sector.

“Unfortunately, prices are very low at $380/tonne delivered Narrabri for oil crush. At the moment the birdseed and horse feed markets are still where they were last year at $600/t plus,” he said.

“With uncertainty, growers are tending not to look at sunflowers because they haven’t the certainty of being able to sell them straight off the header if they haven’t got the storage.” 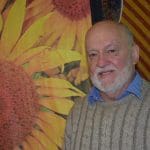 “It costs them a lot of money to stop their plant, clean it all down and do a small sunflower crush. The economy of scale is just not there for them anymore,” he said.

“We realise that if it is not financially viable for them, it is not worth doing. That is why we are looking at other options.”

Without the oil crush, Mr Charlesworth said the industry would lose its key mechanism for setting the base price for sunflowers as other sectors of the industry, such as the birdseed market, used the Cargill price as the benchmark.

“It is a matter of whether we can build the industry back. If we can double production, we are into an area where (key seed supplier) Pacific Seeds will continue to produce seed. That is our main worry,” he said.

At a meeting of industry stakeholders in Toowoomba, Qld, yesterday, Mr Charlesworth said there was agreement that the industry needed to take a new direction with a focus on product branding and niche marketing.

“The old saying is ‘if you keep doing what you have been doing, you will get the same result’. Well, we are going downhill, so we have to find something that is going to move us up the scale again,” he said.

“We need better Australian branding of our product.”

Mr Charlesworth said the Sunflower Association would also get behind a drive to develop and promote niche marketing opportunities for the industry.

“We are looking for premium markets. We think there might be some possibilities with some food products into China purely from sunflowers.

“We have to go through the process of getting that product in the first place, then offering it to prospective Chinese clients.

“They already consume a huge amount of the product we are looking at, so it is a matter of us selling the ‘clean, green, Australian product’ as a premium product.”

Mr Charlesworth said with farmers considering their summer cropping options, the challenge for sunflowers was that they were competing with all the other summer crops.

“There is a perception out there that mung beans are ‘money beans’ these days which is hard to compete against, even though sunflowers don’t need to be sprayed four or five times and are more straightforward to grow. And sunflowers can be planted from now until the second week of February,” he said.

Australian Oilseeds Federation executive director, Nick Goddard, said despite the low price, some growers would continue to plant sunflowers as a useful part of their summer cropping program. 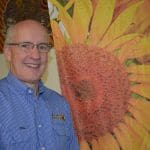 “At this stage there is a global glut on sunflower oil, so the price for sunflower seed is depressed. That might be holding some growers back. But none-the-less sunflowers can still play a good role in the summer cropping rotation,” he said.

Mr Goddard said growers often weighed up the potential returns between sunflowers versus sorghum, usually opting for sunflowers if the price passed a trigger point of 2 to 2.5 times the price of sorghum.

While sunflowers are primarily grown from the Liverpool Plains in NSW through north-west NSW and the Darling Downs to Central Queensland, there may be small quantities grown in Western Australia this season.

Mr Goddard said soil moisture levels in Western Australia were high and some growers had been inquiring about sunflowers.

“There is a crusher there who is also interested in crushing sunflowers. So there could be a boutique opportunity there for sunflowers this season,” he said.