GRAIN growers throughout South Australia, Victoria and Tasmania are being advised to employ a tactical and considered approach to management of Russian wheat aphid (RWA) this year. 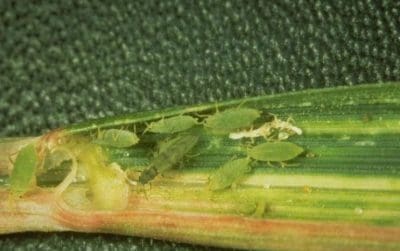 Cropping pest experts agree that RWA – first detected in south-eastern Australia in 2016 – is likely to be a manageable pest if growers implement a combination of effective cultural, chemical and natural controls.

Management of RWA this year and beyond is the focus of several Grains Research and Development Corporation (GRDC) forums currently being held in South Australia, Victoria and southern NSW to equip growers and their advisers with the latest RWA research insights and practical management advice ahead of the 2017 cropping season.

The interactive forums – featuring one of the world’s leading RWA research authorities, Dr Frank Peairs from Colorado State University in the United States – are delivering information on key learnings from last year’s incursion and identifying and discussing knowledge gaps that still remain, particularly given the unusually heavy winter and spring rainfall events that curtailed population build-up and yield losses in 2016.

GRDC Southern Regional Manager Grower Services, Craig Ruchs, said the forums were important in facilitating two-way dialogue between the research sector and growers and their advisers who had been sharing their valuable observations and experiences of dealing with RWA for the first time last year. 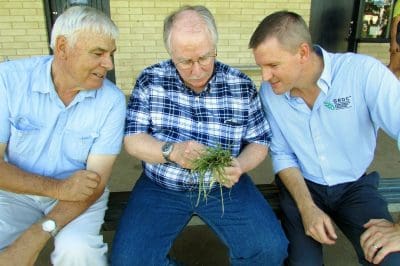 One of those forums has been held at Riverton in South Australia’s Mid North, close to where RWA was first detected in Australia in May 2016.

“At Riverton, and elsewhere, there has been useful discussion regarding what was observed in-paddock last year and what the expectations are for the season ahead, especially if we experience a more normal rainfall pattern over winter and spring,” Mr Ruchs said.

“We have already gleaned a great deal from Dr Peairs who has shared with industry his account of what has occurred in Colorado over the past three decades. It is really important however to contextualise the learnings from the US in order to start to predict the likely behaviour and impact of this pest in our local environment and cropping systems. These insights, combined with what we learnt at a local level last year – both in the paddock and in the laboratory – place us in a reasonably sound and informed position going into the 2017 cropping season.”

Drawing on international experience, observations from local growers and advisers, as well as results from GRDC-funded trials and research efforts, a targeted integrated management strategy based on situational risk levels is being advocated for 2017.

It is a strategy endorsed by Dr Peairs, Professor of Entomology in the Department of Bioagricultural Sciences and Pest Management at Colorado State University, who said RWA was now very much a sporadic, manageable pest in Colorado, where it was first detected in 1986 and soon became the “epicentre” of RWA infestation in the US.

Dr Peairs said while grain yield loss and insecticide treatments cost growers a total of US$215 million from 1986 to 2001 (and including 2009 when a spike in infestation occurred), damage caused by the pest has been relatively contained since then. 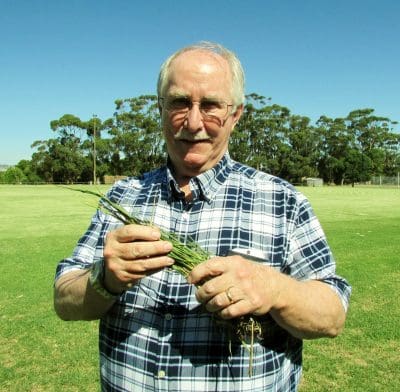 He attributes this to several reasons, the first being biological control: “Over the years, natural enemies have assumed a much more important role in regulating RWA abundance.

“Secondly, a number of modifications in cultural practices have been shown to influence RWA abundance. These include crop diversification, control of volunteer cereals and a variety of practices that promote crop health and vigour.

“The development of 10 RWA-resistant wheat cultivars has also assisted (although a new aphid biotype overcame the resistance in some varieties), as has the strategic and targeted use of insecticides, with chlorpyrifos being our most consistent treatment.

“But we must be very careful about dependence on a single chemistry – if the aphid is capable of responding to deployment of resistance cultivars, it has the potential to respond in a similar way to continual selection pressure with the same insecticide.”

Based on the Colorado experience, Dr Peairs said the relationship between wheat or barley yield and RWA infestation level was variable, influenced by variety, location and growth stage, but he expected yield losses in Australia to be similar to those recorded in Colorado.

“Most studies indicate a reduction in wheat yield of approximately 0.5 per cent for every 1pc infested tillers, from tillering through to flowering. Limited data indicates that yield loss in barley is likely to be substantially higher, perhaps 0.8pc reduction per 1pc infested tillers. This is without consideration of grain quality impacts resulting from RWA infestation.”

Dr Peairs and other leading pest management experts are encouraging growers to act now and take a pro-active approach to RWA management in 2017 by eliminating the “green bridge” of grass weeds and volunteer cereals that is providing ideal over-summering conditions (food and habitat) for RWA populations.

Planting into paddocks that have not been free of alternate grass weed or volunteer cereal hosts for at least three to four weeks should be considered higher risk.

Other RWA management insights and advice presented to growers and advisers at recent GRDC forums have included:

The GRDC is hosting another RWA-specific forum next week to coincide with Dr Peairs’ visit to Australia. This will be at Rupanyup in Victoria on February 23, following on from a GRDC Grains Research Update.

Dr Peairs is currently visiting Australia as a guest speaker at a number of GRDC Grains Research Updates across SA, Victoria and NSW.